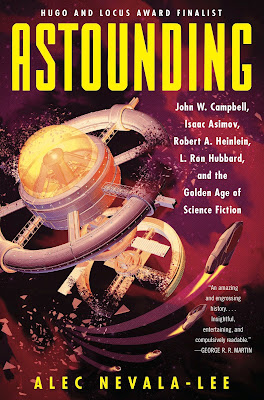 Email ThisBlogThis!Share to TwitterShare to FacebookShare to Pinterest
Labels: culture, SF and F

This is one I plan to read. Like you, I was very much drawn to Asimov in my youth and still count him as one of my favorite authors, although at this point I've read as much of his fiction as I can find. I enjoy reading his material in part because of how dated they are, especially the mundane 'atomic' tools in Foundation's later stories. I've read comparatively little of Heinlein and Clarke, the other giants of the age.