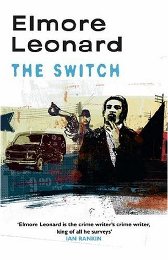 If I have one criticism - the blurb on the back of my copy gives the entire story away. Why do publishers feel the need to do this? Saying that though, this Phoenix re-print is a nice modern edition, with great artwork. Far better than the cliched detective novel covers you normally get on Leonard's work!
Posted by Resolute Reader at 9:54 am No comments:

Antonio Gramsci is one of the most important revolutionaries of the crucial inter-war years. He’s also almost forgotten, perhaps because his ideas are often considered difficult.

Gramsci spent his life in Italy – he grew up as huge social struggles erupted following Italy’s unification, and then as some of Italy’s cities became industrial power houses, Gramsci saw the potential for the working class to be a radical agent of change and he got involved in socialist politics.

Active before and after the First World War, Gramsci was lived at a time when the militant workers of Turin threatened to lead an Italian revolution. But Gramsci didn’t just preach to these workers – he learnt from their actions and methods. The organisations setup by the insurrectionary people of Turin did more than just co-ordinate a strike - just as in Russia the Bolshevik's had seen how the soviets could form the basis of a new society, Gramsci saw that the workplace councils of Turin offered an alternate way of organising.

Gramsci’s most important battle had the rise of Mussolini as its backdrop. Indeed his greatest campaign was to orientate the worker’s movement towards an effective fight against fascism. He argued that the Italian Communist party must unite with non-communists to build the mass movement capable of smashing Mussolini’s armed gangs. Unfortunately the failure to do this at a pivotal moment led to the defeat of the movement and Gramsci’s arrest.

Because there is so much to Gramsci’s life and legacy, it’s difficult to get it all into a short book (never mind a short review), so Socialist Worker’s editor Chris Bambery does a brilliant job of condensing this into this short book. The third in the “Rebel’s Guide” series from Bookmarks, this would be a £3 well spent for anyone with a passing interest in socialist ideas, or a desire to change the world.

Donny Gluckstein - The Paris Commune - A Revolution in Democracy 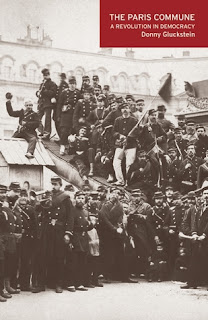 For such an important event, the Paris Commune of 1871 is rarely remembered even among political activists. But the events of the Commune’s 72 days deserve to be read, learnt from and passed on by anyone who has thought that the world we live in needs changing.

In March 1871, the workers and soldiers of Paris rose up and took over their city. Sickened by the Franco-Prussian war, tired of meagre pay and appalling living conditions the ordinary men and women began to try and do things their own way. Often led by the most downtrodden elements of Parisian society, they reinvented democracy and offered their fellow workers unheard of rights and freedoms.

Since the great French Revolution of 1789 had etched Freedom, Liberty and Equality on its banners, the people of France had rarely glimpsed those beliefs. Now, when elections were held, those elected were accountable to the people who elected them – instantly recallable; not elevated to some lofty perch for 4 years on unheard of salaries. Those elected to represent areas of Paris or divisions of the National Guard had to take the average salary.

Those who starved were given food, when previously they’d have been left to die. One writer explained:


During [the Commune’s] short reign, not a single man, women, child or old person was hungry, or cold, or homeless…. It was amazing to see how with only tiny resources this government not only fought a horrible war for two months but chased famine from the hearths of the huge population which had had no work for a year. That was one of the miracles of a true democracy.

Women were granted the right to divorce on demand, equal rights for children born out of wedlock and so on, the Commune extended a hand of friendship to people around the globe and society started to be arranged for need not profit.

Donny Gluckstein’s book brings all this to life, describing the Commune’s attempts to found society anew, their successes and the reasons for their failure. It is this last point that I think is tremendously important – the Commune could have done much more, and it needn’t have lost, but weaknesses in it’s organisation and political outlook didn’t help. Writers since the Commune have learnt from their mistakes and drawn conclusions from them. Gluckstein brings these all together in the final chapters to make sure a new generation of activists can learn the lessons as well. His book has great pictures illustrating the barricades and the communards and some useful maps.

When the Paris Commune was drowned in blood, it’s murderers must have hoped that the spirit that drove it – the desire of ordinary men and women for peace, democracy, equality and an end to poverty would die with it.

But the participants in countless uprisings, revolutions and rebellions have carried the flame light by the communards in their hearts. We remember them, not just for inspiration, but for what we can learn so as to make the next time successful.

Merriman - Massacre: The Life and Death of the Paris Commune
Marx - The Civil War in France
Ness & Azzellini - Ours to Master and to Own
Posted by Resolute Reader at 5:57 pm 1 comment: 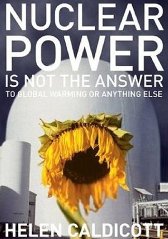 Tim Flannery - The Weather Makers
Posted by Resolute Reader at 10:33 pm No comments: 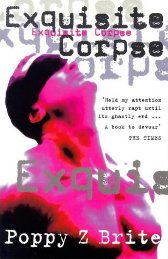 Some of this has been retained in Exquisite Corpse. Well the fantastic plots and New Orleans. The erotica has been replaced by sex and the Vampires by serial killers. The author has also chucked in a liberal dashing of quite explicit guts and gore.

The story follows the events leading up to the meeting of two serial killers, describing the lives they ruin along the way, the sex they engage in and the brutal deaths of the unfortunates they decide to kill

I’m not much of a prude and I can take the odd bit of horror, but I found some of this novel a little over the top – not that I care much, it’s too some people’s taste after all (that’s a reference to the cannibal scenes in this novel for those who haven’t read it).
.
It’s just that Brite’s earlier novels were really well thought out, and since the hinge of this particular plot is so improbable (even more improbable than Vampires) I found it almost painful to read.

If you’re a Brite fan, you’ve probably read this, I certainly wouldn’t recommend it to someone who’d never read her works as it might put you off the far more excellent “Drawing Blood” and “Lost Souls”.
Posted by Resolute Reader at 10:01 pm No comments: