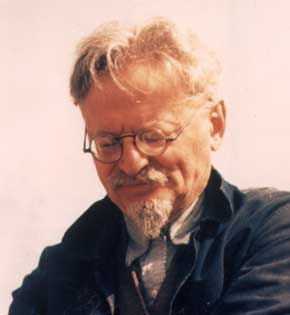 Choonara - A Rebel's Guide to Trotsky
Posted by Resolute Reader at 8:51 am No comments:

For those who want to attack the Russian Revolution of October 1917, there are many myths to peddle. Chief amongst these, are that the revolution wasn’t anything of the sort, rather the argument goes, it was a coup, organised by the minority Bolshevik party with little popular support.

There are many ways to demolish this myth, one of them, is to actually look at what ordinary workers in the stronghold of the revolution – Petrograd – thought and did. In particular, the struggles they fought and the people they supported in the heady days of 1917.

Anyone with an interest in the Russian Revolution, and by extension, an interest in defending it against it’s right-wing critics, will be fascinated by Smith’s book. It’s an in-depth look at the Petrograd working class, particularly those in the major factories.

Smith comes to many conclusions. The most important of these, is that he paints a picture of a revolutionary city, that throughout 1917, starting with the overthrow of the Tsar in February, is thinking, acting and fighting for itself. The slogans of popular power and worker’s control aren’t imposed from outside, rather they are slogans that are raised by the workers themselves in response to the day-to-day experience of revolution.

As 1917 progressed, many forces came into play. The immediate gains of the February revolution gave confidence to the mass of workers. Their organisations, in particular Factory Committees started to fundamental alter the balance of society. In the factories, men and women began evicting management and changing every aspect of working life. Ending “piece work”, removing rude or particularly oppressive overseerers and, most importantly, starting to organise production themselves.

It would be impossible to go into the detail in this review. Smith’s book is an extensive look at what happened in those months. Its conclusions are backed up by huge amounts of facts and figures (from strike statistics to information about literacy) and often the arguments are supported by the voices of the Petrograd workers themselves.

While the Bolsheviks are by no means the most important or the largest socialist party at the beginning of 1917, Smith shows how their consistant argument, their principled opposition to the war and their support for working class control of production gradually win them more and more support.

Their members aren’t isolated from the workers. They are the workers. It’s only by seeing this, that we are able to understand just how the revolution became possible. The final thing that Smith does is to show that the very backward nature of the Russian economy left the revolution dependent on international revolution. The war and economic crisis (followed by the western invasion in 1919) left the country drained. With the failure of the German revolution, and the isolation of Russian Soviet power, the rise of a bureaucracy and the eventual development of a new “capitalistic” society became almost inevitable. However this is beyond the scope of Smith’s book. What this book does do, is to nail the lie that the October revolution was something imposed from above and we see the revolution for what it really was – a mass action by ordinary people fed up of war and poverty, who believed they could create a better world.
Posted by Resolute Reader at 10:37 pm No comments:

This ancient work by Tacitus is a history of one of the most important periods of Imperial Rome, the period between the death of Augustus, the much loved, powerful emperor to the brief civil war that consumed the empire in AD69 and saw at least three emperors come and go in quick succession.

It is also a work that covers the period in Robert Graves’ novels about the rise of the Emperor Claudius, for those of you who base your knowledge of the period on those great works of fiction, though Claudius’ reign doesn’t get as thorough a treatment as some of the emperors described.

Written 50 or 60 years after the events it describes, the book is a historical manuscript of the highest order – covering not just the minutiae of the period but some of the most famous of Roman events – the fire that all but destroyed Rome in AD 64 in particular (the one that Nero is supposed to have fiddled during) and the revolt of the British tribes under Queen Boudicca for instance. Also of passing interest is the only “pagan Latin” reference to Christ’s execution by Pontius Pilate. (Tacitus is describing Nero’s scapegoating of that minority religion for the fire).

Mostly this work will be read by non-scholars for its description of the Emperor Nero’s descent into madness – Penguin have explicitly quoted Tacitus’s words (“Nero was already corrupted by every lust, natural and unnatural”) on the cover to attract these readers, though you’ll find less gossip in these pages than you might in Suetonius (or even Robert Graves). Tacitus’ book has a great deal of interest though beyond Nero’s insanity, at times though I felt bogged down in the detail of Roman individuals, most of whom seem unremarkable a few pages later.

This new Penguin edition also benefits from an excellent introduction by Michael Grant, discussing not just the historical period, but also what Tacitus would have meant by history.

Tacitus - The Histories
Suetonius - The Twelve Caesars
Robert Graves - I, Claudius
Posted by Resolute Reader at 11:29 pm No comments: 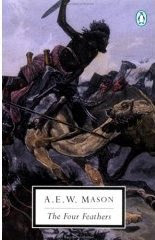 This Victorian novel of courage, bravery and honour, described as "The gripping tale of one man's struggle to ease the brand 'coward' from his name" on the cover is much more than similar tales of daring do.

Anyone who has seen any of the various films made from the novel, might be disappointed to find that there are few military details or epic battle scenes. Rather this novel is about the thoughts and emotions of a few individuals caught up in another of Britain's myriad of colonial wars.

Harry Faversham resigns from the army, just before his regiment is sent to fight in the Sudan. Immediately he is given four white feathers (three from his friends and one from his fiance - who also makes it clear that no Victorian lady will marry anyone with a tinge of cowardice to his name). The novel then follows Faversham's trip to the Sudan where, for the next five years he learns to blend in to the natives, and save the lives of his friends. He hopes, as a result to win his love back.

Here of course, we have all the settings for a classic Victorian action novel. Now, it'd be wrong to pretend that this is all that different a book, filled as it is with examples of stiff-upper lipped English bravery and dodgy attitudes to the locals. However it does have some interesting insights into the Victorian attitudes to heroes and cowardice. And in a contemporary time of war, it does also make clear (albeit obliquely) that those who don't want to fight, are also sometimes brave.
Posted by Resolute Reader at 6:10 pm 1 comment: