How do the rich and powerful justify their position in society to the people who they rule? That question is at the heart of this book. Ruling classes have, since ancient times tried to justify their wealth and privilege by variously proving their links to some great previous ruler, or showing that they play an important role, without which society would be plunged into disarray.

Some of humanity’s oldest written records are “King Lists” – attempts to prove a monarch’s linage back to ancient times (and often the Gods). Julius Caesar for instance claimed the goddess Venus as an ancestor.

This book documents modern attempts by the establishment to both justify the position of the rulers over the ruled (the modern monarchy in England for instance, or colonial rule of India and Africa). It also shows how the same establishment (or individuals with an interest in doing so) create an invented tradition, both to glorify some mythical past, or to create an artificial image of a people or nation.

This last bit, includes for instance, the conscious creation of the myth of the Scottish Highlands (tartan in particular). The chapters dealing with this are very interesting, but where the book really excels is the description of the establishments attempts to turn the monarchy into something both relevant to modern times and to help reinvent the idea of national interest.

Some of this stuff is brilliant. From Victoria’s complete lack of interest in pageantry and her role in state ritual, to the description of Disraeli “obliged to sit on his wife’s lap” at the Prince of Wales’ wedding as the event was so ill prepared.

The chapter continues with a description about how future royal weddings (and funerals) became deeply organised and choreographed to show the monarchy in the best light – the increased involvement of the media was part of this process.

The book finishes with several chapters which look at how other traditions have been invented (including for instance, the less conscious invention of the May Day celebration of the left, and various sports traditions). On the whole, these chapters aren’t as interesting as the chapters on the lengths that the establishment will go to, to try and make us feel part of their family. But it’s all well worth a read.
Posted by Resolute Reader at 11:27 pm No comments: 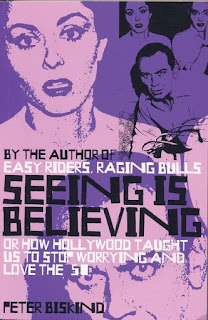 It will perhaps be gratifying for many people to know that a book written almost 2000 years ago still contains within it the themes that make a more modern book rise to the top of a best seller list. Suetonius’ famous work has within it all the elements that would make an author of today very very rich. We have palace gossip, mixed with murder, sex and incest combined with politics and history to make a juicy read.

What of course makes this work very interesting, is that it isn’t a novel. Rather it’s a work of biography by a man who lived not many decades after the first of the Roman emperors described and who remembers the later ones from his childhood (his father served in the legions of Emperor Otho.

Suetonius describes the twelve emperors who followed the collapse of the Roman Republic towards the end, of what we would call the first millennium. His writing doesn’t criticise too much, he’s “deadpan” (borrowing a word from the introduction by Michael Grant) and lets his description of the events and activities colour your perception of the particular emperor. In fact it’s easy to fall into a sort of “1066 and all that” attitude – Good Emperor, Bad Emperor etc.

The first thing that strikes you – apart from the readability (a mark of an excellent translation) and the similarities to modern writing – is that Roman life was brutal and brutality was part of life. You may be surprised by the readiness with which life was sacrificed, or with which rape, assault and incest became part of ruling class life, but this surely is the reality of a society based on the economy of slavery. When humans are the base commodity of your social system, life becomes very meaningless.

The second thing that I noticed, was the way that religion and “mysticism” where part of every day life.

Note this turn of phrase here:

“At last, after nearly fourteen years of Nero’s misrule, the earth rid herself of him”

or note how, with every emperor described, Suetonius describes the signs and portents that marked their career. Here is his description of the omens predicting Claudius’ death, they

“included the rise of a long-haired star, known as a comet, lightning that struck his father’s tomb and an unusual mortality among magistrates of all ranks.”

Suetonius is never mocking or critical of these omens. He describes them in as much detail, and with as much importance as the description he gives of the physical characteristics of the emperors or the outcome of their battles. For him, such prophecies are part of reality, and not myth. Reports of an eagle landing when a particular child was born may be for us a myth after years of retelling. For Suetonius it was reality.

If you are looking for the day to day realities of Roman life, you won’t find it here. This is history from above. But Suetonius had access, at least for a while, to some of the most important archives of Imperial Rome. He describes powerful leaders, with unlimited powers of life and death, with followers who hung an their every word, who believed that they had a special connection to the Gods. In this context alone, his writings describe a world that has now disappeared, but which bears an uncanny resemblance to our own.
Posted by Resolute Reader at 11:10 pm 1 comment:

I like reading books that “everyone” says you must read years after the craze has died away, but I have to say that I missed out on Peter Carey’s book, which deservedly won the 2001 Booker Prize.

In writing about the outlaw Ned Kelly, Carey has the unenviable task for a writer of historical fiction – the only thing that everyone knows about Ned Kelly is that he was finally captured wearing a home made suit of armour. So Carey deals with this by making it the start of the book and uses the medium of letters from Kelly to his daughter to tell the story of his life.

I was surprised when I looked up Ned Kelly that most of what Carey uses in his story is based on some sort of historical fact, though the daughter didn’t exist, Kelly’s life is certainly well documented. The novel is mostly written in dialect and you can almost believe it’s Ned Kelly’s voice. Of course the other thing that stands out are the injustices suffered by the Kelly family and the careful treatment by the author of the controversial topic – “what makes someone a criminal”. In this case Carey sides very much with the poverty, injustice and brutality answer.

While Kelly probably wasn’t the Robin Hood figure some make him out to be, his name deserves to be remembered, if only because the early history of “white Australia” was one of violence, injustice and brutality. Modern Australia was built on the back of the destruction of Aboriginal life and the sweat and blood of people like Ned Kelly’s family. Carey’s real success with this book is to bring them all alive.
Posted by Resolute Reader at 4:27 pm 2 comments: