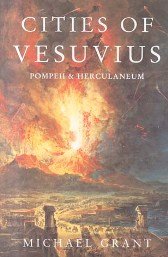 Though first published in 1971, this appears to be the first paperback edition of this short book, dated 2001. I'd recommend anyone interested in ancient lives picks up a copy, particularly if you plan to visit the Naples region anytime soon.
Posted by Resolute Reader at 10:08 pm 3 comments: 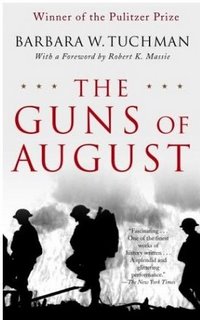 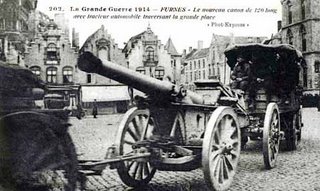 Tuchman’s book is an amazing historical introduction to the leaders who led their countries into this war, the politicians and generals prepared to sacrifice the lives of their soldiers and the horrific battles in which their armies lost their lives.
Posted by Resolute Reader at 7:14 pm 3 comments:

Francis Wheen wrote one of the best books about the life of Karl Marx, an accessible, interesting and often funny look at the great man's life, ideas and activities. His latest book is much shorter, but nonetheless an interesting way of looking at what Wheen thinks is Marx's most important work.

Das Kapital was the culmination of Marx's life work. It's a sprawling, multi-volume look at the economics that underpin capitalist society, a prediction of what was to come and an examination of capitalism's impact on people's lives. Not simply in the realm of how the capitalists cut wages and keep and army of unemployed, but how the worker becomes alienated from his labour's product and thence from society. These complex ideas are brought to life by Wheen quoting Marx's florid and engaging prose - rescuing the real Marx from the dogmatic Stalinist language we might be more used to.

Wheen's enthusiasm for Marx (and Das Kapital) means that he feels the need to rescue the book from those Marxists (Lenin and Trotsky in particular) that Wheen thinks abused the tradition of Marxism, but these are the weakest sections of an otherwise interesting read.

Wheen concludes by pointing out how increasingly economists and commentators have found themselves drawn to some of the central points of Kapital - though unfortunately not it's revolutionary conclusions, and concludes that "Marx may only now be emerging in his true significance. He could yet become the most influential thinker of the twenty-first century". Let us hope so.
Posted by Resolute Reader at 10:46 pm 2 comments:

George Monbiot - Heat, How To Stop The Planet Burning

The greenhouse gases that humans have emitted into the atmosphere since the industrial revolution will lead to an almost certain temperature rise of 1 to 2 degrees Celsius. Already the temperature changes that we have seen are having catastrophic effects around the world – melting polar ice, shrinking glaciers and an increase in hurricanes being amongst some of the most obvious of these.

The human consequences (never mind those to fragile eco-systems around the world) have already been catastrophic. The suffering in New Orlean’s Superbowl may have been just the most visible of these, but no less is the suffering of those facing crop failures and flooding elsewhere. Even a small increase beyond the 2 degrees mentioned previously will have even more dramatic consequences. George Monbiot points out that one piece of research shows that rice yields drop by 15% for every degree temperature increase, and a 2.3 degree temperature rise will expose around 200 million new people to the threat of malaria.

In this context, Monbiot sets himself the task of showing how Greenhouse gas emissions can be reduced to minimise a temperature rise beyond 2 degrees Celsius. He argues that the UK (and by extension) the US and other industrial nations need to implement strategies to reduce our Carbon Dioxide emissions by 90%. This startling, and frightening figure offers perhaps humanity’s greatest challenge over the next few years.

Monbiot starts controversially – he points out the hypocrisy and double standards of some who claim to lead green lifestyles, yet still regularly fly around the globe. But he will also upset other Green apple carts – some of his research has led him to believe that previously accepted practices – such as arguing for localised wind turbines on home roofs will have limited effect.

What Monbiot does offer are concrete strategies in a variety of areas – power generation, transport, housing and retail for example. He proves, though sometimes it is hard, that we could achieve a 90% cut. In some cases (like transport) this is easy – a rapid switch towards public transport in the UK would lead to an almost immediate 90% cut in emissions. Proper insulation of homes and offices would do similar.

What he doesn’t prove is how we get it done. In my mind, such dramatic changes to energy, transport and housing policies will require government and state intervention - investment to make the technology a reality and legislation to force companies to make the changes.

This is unlikely to happen if left to the politicians who have vacillated long enough, rather we need a political movement to force them to do it. Monbiot explicitly doesn’t attempt to describe his vision of that movement and this I think is the books real weakness – the reader is left with a desire to save the planet, but with limited options (other than the campaign groups listed in the books appendixes) about how to do it.

I do believe we can build the political movements required, and Monbiot’s book is a manifesto for the sort of strategies we need – to this end, every activist should read the book and take its themes and arguments into their Trade Union branch, their community group and their environmental organisation. This is a call to arms, and comes very highly recommended.