Crashlander brings together all the short stories that make up one of the more famous "arcs" in Science Fiction - the stories dealing with Beowulf Shaeffer. Or so it says on the back, however since reading this, I've discovered that there is a further Shaeffer story, which I'm glad about, because the last one in this volume is strangely unfulfilling. In the "future history" that is Larry Niven's "Known Space", Shaeffer fills an important role.

It's him who discovers that the core of our galaxy is exploding and sets the scene for the Puppeteer exodus... leading to the Ringworld Series. He also has a number of adventures that serve to set the scene for key plot elements of Niven's universe - the near indestructibility of the General Products spaceship hull for instance. He also is the father of Louis Wu - the hero of the Ringworld books.

This story collection contains one new story, and a bridging story - giving context to the last tale and taking the form of a conversation where all Shaeffer's tales are recounted - giving the excuse to reprint them. The latest story is interesting - the nuances of the writing give the game away that it's written many years after the earlier stories (people have handheld communications devices and use them frequently, unlike in the earlier works for instance).

For Niven (and Known Space) fans this will be a must have. For those interested in the development of one of the classics of Science Fiction it will be interesting. For many others, the stories might seem a bit dated.

Cathy Gere – The Tomb of Agamemnon (*) 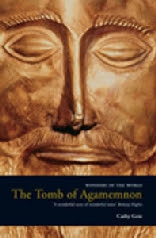 The story of Agamemnon, the King who led the Greeks to the siege of Troy is one that deserves reading. Possibly of far greater interest and excitement is the story of how the ancient city of Mycanae was named as the hero’s place of burial.

This story is fascinating because it shows how history and archaeology are often the battleground for more contemporary ideologies, and that far from being independent investigators of the past, archaeologists can suffer the same desires for fame and fortune as anyone else.

In 1876, the German archaeologist (Wikipedia describes him as a “treasurer hunter”, which is both accurate and amusing) Heinrich Schliemann, in search of the aforementioned fame and fortune discovered a spectacular trove of buried gold artifacts covering several bodies. Schliemann immediately announced that the location of the burial, in the ancient city of Mycanae was that of King Agamemnon.

The public response was amazing. Front page news on The Times and newspapers across the globe, fame, fortune and celebrity belonged to Schliemann. Few questioned that the 3000 year old grave goods were anything but what he said they were. Even fewer questioned his destructive methods of investigation.

The truth did eventually emerge - partly as the era of Colonial archaeology disappeared and local archaeologists did a more thorough and critical study of the sites. But in the creation of the idea that Mycanae was the lost city of Agamemnon, Schliemann brought into the world a more lasting idea.

Tourists still visit the lost city, some no-doubt still believing that Agamemnon did come from here. But the idea of a ancient “super hero”, gloried in battle and carrying before him all his foes, to be betrayed and murdered by those closest to him inspired many more. Poets, writers and politicians over the decades following the excavation traveled to Mycanae. For some this was a near divine moment of inspiration. For others the ancient Swastika symbols inspired more terrible ideas – as shown by the signatures of Goebbels, Himmler and Goering in the guest book of a nearby hotel.

Since the Second World War, theories about those who lived at Mycanae, now identified with Bronze Age Greece, have waxed and waned at great speed. First seen as the home of some sort of Aryan super-hero, then re-imagined as a place of “pacifism and democracy”, the site is now viewed as a place of war and defence.

Cathy Gere’s book is an immensely readable account of the way that Mycanae has been imagined throughout history. Anyone who reads it, will only be inspired to read further and visit the place. The most remarkable fact that she brings out however, is that the first people to dream of what had happened in those ruins weren’t the western archaeologists desperate for riches. Rather it was the ancient Greeks themselves, those who returned there long after the Bronze Age civilisations had vanished. Just as the modern tourists must stare at the ruins and wonder, those Greeks couldn’t comprehend the giant walls of the city. For them, only a hero from their greatest epics could have lived there, and so the myth was born.

(*) Full title – The Tomb Of Agamemnon, Mycenae and the Search for a Hero

There is a fascinating interview with Mary Beard, editor of the Wonders of the World series, of which "The Tomb of Agamemnon" is part, here. 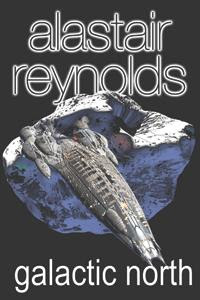 This collection of short stories fills in some neat little gaps, and ties up a few loose threads from Alastair Reynolds' galaxy-wide future histories. The stories are pretty much self contained, though I imagine that a few of them would benefit from a prior knowledge of Reynold's universe and ideas.

Reynold's universe is populated by a few different "types" of humans and very little else. Other intelligences have reached a certain point, then been destroyed. This is alluded to in these stories, but you'll need to read some of the other books to understand why.

The stories in themselves are not as brilliant as either the longer novels, or the author's earlier collection of novella's "Diamond Dogs, Turquoise Days". In a couple of them the "twist" ending, or the crux of the plot can be spotted a long time before the reader is meant to, particularly if you've read a lot of SF! That said, there are a few brilliant ideas here - "Grafenwalder's Bestiary" is a genuinely creepy tale of people who will collect anything (though I had to resort to Wikipedia to remember just who is who in the stories finale). "Nightingale" is an exciting story that deserves to be made into a feature length film, along the Aliens theme, though in some ways, its plot is close to that of that appalling film "Event Horizon".

Finally, there are some moments of pure genius. I found the gun in the titular story, "Galactic North" that cheerfully says "Thank you for using this weapons system" as it's put away, particularly memorable.

For Reynold's fans this collection will be a must have. For those new to his work, I'd recommend one of the longer novels as a better introduction to this particular universe.

Reynolds - Redemption Ark
Posted by Resolute Reader at 8:19 am 1 comment: 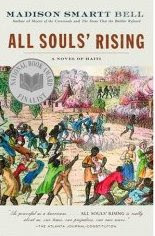 Anyone who wants to understand how Slavery was ended should read this book, though I would recommended CLR James' history as well, if only to get a complete view of this great historical event.
Posted by Resolute Reader at 6:42 pm 1 comment: