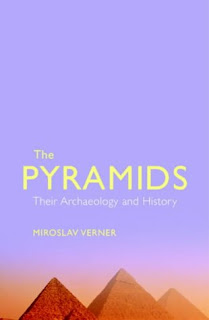 The huge ancient Egyptian temple at Edfu in southern Egypt must be one of the best-preserved places of the many impressive buildings that have survived from that ancient civilisation. The temple is dedicated to the god Horus, and took many decades to build.

One of the unique aspects to the building is a long inscription, over 300 metres of hieroglyphics, around the wall of the temple. This inscription, made by an anonymous Egyptian priest are of great importance because they describe the building in great detail. It’s dimensions, it’s shape and layout, the purpose of the rooms.

The text’s language is strange to read, mingling references to kings and gods in an almost poetic way, which requires a detailed understanding of ancient Egyptian beliefs and history to get more than a rudimentary enjoyment and knowledge from it.

But this in itself is fascinating – the way clearly the Egyptians believed that there was a duality between rulers on Earth, and the Gods themselves. Dieter Kurth has done amateur Egyptologists a favour by bringing this fascinating text together with maps and a history of the temple. Kurth’s introduction to the history of Edfu’s exploration by later archaeologists and the role of religion in ancient Egyptian society is also very useful. He also documents and builds on previous attempts to understand the inscriptions.

For anyone trying to get a glimpse into life 2000 years ago, towards the end of the Egyptian civilisations domination of North Africa, this book will give you a start.

But the last word should surely go to that unknown priest who wrote the words for the side of the building that speak down the centuries to us about a monument to a different world.


They [the Gods] protect their beloved son (the king) because of his monument [Edfu] and they allow his image to endure on earth, the image of the King of Upper and Lower Egypt…whose Ka is granted power and strength on the Throne of Horus, at the head of the living, forever. 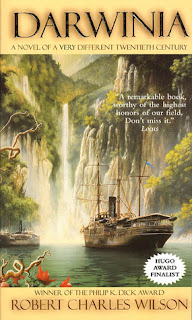 Frankly, it's easy not to care. So I didn't. I finished it out of duty, in the hope that something interesting might happen. But when some of the main characters (I say characters, but most of them are little more than names) started to mutate into lizard like creatures with multiple arms, I found that the only reason left to finish the book, was so that I could be horrible about it in this review.
Posted by Resolute Reader at 6:58 pm 1 comment: 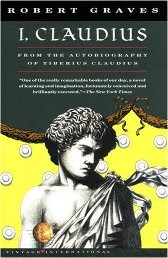 The 40 year rule by Augustus, the first emperor of Rome, which ended in AD14, was followed by decades of the most infamous periods of Roman history.

Robert Graves’ famous novel, “I, Claudius” views the temporary decline of Roman society, through the eyes of future emperor, Claudius.

Claudius - lame, stammering and bookish, is somewhat of a Roman “Flashman”, present at some of the major events of Roman history two thousands years ago, meeting famous writers, statesmen and soldiers, and being intimately connected through extensive family connections with the lives and loves of those around him. Though historians know that unlike the Flashman character, Claudius was actually there.

This then is a stylish read of treachery, murder, sex, incest, violence and madness. And if my all to limited knowledge of that period of history is correct, Graves has stuck pretty close to the known facts, and where he’s embellished and added things, it’s done in a way that is entirely plausible.

First published in 1934, it’s inevitable though, that later historians will dispute some ideas that where taken for granted when this novel was first written. The Emperor before Claudius, was Caligula who in popular belief was mad, murderous and extremely violent, but some later historians believe that he possibly wasn’t as insane as made out. Graves’ book may well have helped emphasise a one sided view of Caligula’s rein – a view totally distorted by the later film of his life.

However, as long as you don’t base an academic paper on the detail in this novel – the Penguin edition I have certainly makes it look like another of their series of reprints of early Roman writings – there is much to recommend this exciting read. Not least of which is the portrayal you get of everyday Roman life, the food, the slaves, the attitudes to lower and upper classes and the religion.

Graves - Claudius The God
Posted by Resolute Reader at 12:38 pm No comments: