Mark O'Brien - Perish the Privileged Orders: A Socialist History of the Chartist Movement

Life as a worker in the early part of the 19th century in the UK was short and horrible. Those working in the new industries of Manchester, Liverpool and Birmingham and similar cities would rarely live past the age of 20, and many of those years would be spent working for over 12 hours a day, in conditions of near slavery, for a pittance of pay.

Across the channel, the French had raised the banner of Liberty and Freedom, and that combined with the lack of control over their own lives, mixed together with the appalling living conditions led to the worlds first mass working class movement - Chartism.

Chartism was more than a Trade Union, though it's often painted as such. The "Charter" it drew up, was one of policial demands, rather than simple economic desires. But the hundreds of thousands of working men and women who flocked to it's banners also believed in a world where the rich didn't live parasitically of the backs of those labouring in their factories.

So great was the fear amongst the rulers, that the Chartists faced the gun fire of massed troops and Middle Class militia, drummed up to oppose those who demanded the right to vote..

Their greatest day though, when up to 500,000 marched to present the third Charter to parliament, was also the start of their decline. Not willing to confront capitalism head on, the Chartist leaders backed down, and the ruling class had a breathing space to subvert the movement by other means - offering small reforms and tit-bits here and there.

The radical history of the Chartists, their support for Irish liberation and opposition to slavery and colonialism is hidden from history by those who would paint it simply as the for-runner of the modern Trade Union movement. But the real history - that of ordinary men and women, prepared to face the steel of British troops, who read, debated and organised - is rescued for us here, in this wonderful short introduction by Mark O'Brien.

I'm told it's out of print, but you can probably find it in a library, or on the shelves of some old comrade, or even at the bottom of a bookstall at a socialist meeting - after all, I did.

Song of the Lower Classes by Ernest Jones, Chartist

Down, down we go, we're so very, very ow,
To the hell of the deep-sunk mines;
But we gather the proudest gems that glow,
When the crown of the despot shines;
And when'er he lacks, upon our backs
Fresh loads he deigns to lay:
We're far too low to vote the tax
But not too low to pay.

On the surface this classic novel is about what happens to an individual who decides to allow fate to intervene in their daily life. But actually it’s much more complex than simply being about a man who takes decisions based on the role of a die.

Published and set in the 1970s, the story follows a bored psychiatrist Luke Rhinehart, obviously going through some form of mid-life crisis, who in a moment of madness (or clarity depending on how you view things) starts to live his life based on the roll of a die. He does this by coming up with several options (such as which film to see, or whether to seduce someone) and assigning them to the dice role. By playing with the number of choices and whether to act on them on a 1 in six, chance, Dr. Rhinehart can slightly influence the outcome.

What makes the book clever is its deeply subversive nature. It takes up questions like “what is sanity”, and pokes fun at established Psychiatric practice. It also raises interesting questions about who really is sane and insane. For instance, as Rhinehart increasingly lets the dice rule his life, he incorporates them into his work, as well as his personnel life. This leads him to what can be seen as bizarre solutions to patient problems. For instance – for a woman who is diagnosed as having “nymphomania” he suggests a period of work in a brothel – apart from the comic element, I think the author is trying to raise the question of whether or not nymphomania is a medical condition that needs to be “treated”.

The story reminds me of Heinlein’s Stranger in a Strange Land. Not least because the idea of someone creating a new way of looking at the world and achieving a mass following mirrors the plot of that novel. But the Dice Man also shares much with Valentine Michael Smith – a comic naivety for instance, that allows the author to explore the contradictions of society.

Ultimately, as more and more people start to follow the Dice, the movement with its attendant radical attitudes to sexuality, living and money becomes far too subversive for society and the FBI are called in. The later parts of the novel use this much more – with radical black activists (clearly modeled on the Black Panther Party) getting involved. Rhinehart makes illusions to the way the authorities try to undermine the Dice movement – similar to how the Black Panthers found themselves undermined in the 1970s.

The novel achieved a cult following and I’ve no doubt many people tried to live their lives in similar ways. The problem is of course, that while living like this really might breakdown your personality and let the “real you” come out, as Rhinehardt the Psychiatrist suggests, what is really being railed at here is the problems with society – and those cannot be undermined by personal change – however radical. In that sense, this novel is a real product of the 1970s – radical and challenging, but ultimately doomed to change only a few people. But reading it, you get a glimpse of just how much the 1960s and 1970s radicalised huge numbers of people, and that number of people questioning the status quo can only be a good thing!
Posted by Resolute Reader at 10:02 am 1 comment: 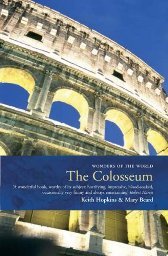 Even if you’ve been to Rome and walked the passageways of the Colosseum, this book will teach you a lot and if you’re lucky enough to be returning this summer, it’ll give you much more stuff to look at that you missed the first time.
Posted by Resolute Reader at 9:07 am No comments:

Colin Dexter - The Way Through the Woods 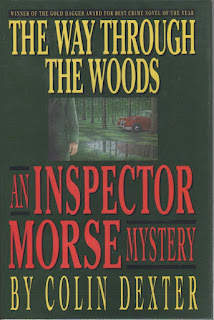 Ah, the wonderful Inspector Morse – with his love for real ale, opera and good literature, what else could you want? This 1992 mystery starts with Morse taking a much needed holiday and avoiding crosswords and drink. Of course this allows the author an opportunity to drop a murder mystery with a cryptic poetry clue into the middle and drag Morse back into the fray.

There’s little more to say about this. Inspector Morse novels don’t have the social commentary of some other detective writings – they’re more like a soap opera, as we follow Morse’ bumbling attempts to find love and happiness through his career. They are however, intensely readable, and this story has a nice twist, if a slightly predictable one. Read it on the beach.

Dexter - The Silent World of Nicholas Quinn
Dexter - The Dead of Jericho
Posted by Resolute Reader at 9:53 am No comments: