Fred Pearce - When the Rivers Run Dry - What happens when our water runs out?

There is a great irony that we live on a planet which is two thirds covered in water, yet millions of people around the globe live in areas of water shortage, or areas where the water isn't safe to drink.

New Scientist writer Fred Pearce looks at the reasons why water has become such a limited resource - there are many reasons - climate change has played its part, but more often than not, human changes have caused the problems. In many areas of the world - in particular places in the Middle East, though the US and China are great culprits to, people are using ancient underground acquifiers. These fossil reservoirs of water take thousands of years to fill, but are being emptied at a rate far faster then they are replenished.

Pearce demonstrates how sometimes our irrational use of water - to keep the fountains running in desert cities for instance - leads to these shortages. But he also illustrates how attempts to store water have often led to problems. He describes the mania for dams to produce hydro-power and store water for future use, has surprisingly caused more problems then they have solved, being the source of flooding, pollution and destruction of ecological areas. There is the insanity of huge reservoirs in the desert, water evaporating into the air while downstream people die of thirst.

This isn't a cheerful book. Pearce offers us a glimpse of a future were millions of people suffer from drought and water shortages. But he does show how a different approach could solve many problems. He challenges the idea of big engineering problems as the solution, and shows how localised projects across the world could solve many of the problems associated with wate - in this sense the book is a hopeful one that does also offer a glimpse of a much better society - where human society is much more in balance with the rhythms and cycles of the natural world, in this case, the very ebb and flow of the rivers, streams and seas.
Posted by Resolute Reader at 7:14 pm 2 comments: 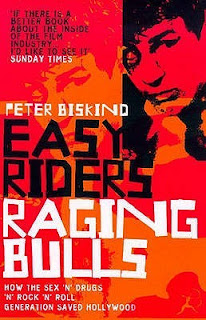 Dalton Trumbo - Johnny Got His Gun 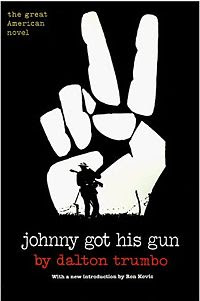 Few novels can be as responsible for fundamentally changing the outlook of its readers as Dalton Trumbo's classic anti-war story, "Johnny Got His Gun". It is ironic that as fervent a reader as myself, with over 7 years of anti-war campaigning in the Stop the War Coalition here in the UK has never read it.

Written in 1938 as the clouds of war loomed above the world again, it's centred on young US soldier drafted to fight in the trenches of the First World War. The horrific reality of Joe Bonham's situation becomes clear as the story begins, he awakes to find himself without a face, arms or legs - though with perfect clarity of thought and feeling in the remaining parts of his body.

Joe begins years of a loneliness that we can hardly imagine. His carers don't know that he can think or understand his surroundings, so they clean and change him as regular as clockwork, while all Joe can do is remember his past, isolated from everything around him. No one even knows his name, so no friends or family visit, though Joe reflects that his lack of a face wouldn't be much to look upon anyway.

Time is measured by the hospital routine, Joe begins to have a purpose as he works out his surroundings by the vibrations of the bed and the touch of the different nurses, but a truely poignant and painful moment is when Joe learns to tell the dawn from the temperature on his skin... "if I never have anything else I will always have dawn and morning sunlight".

But inside him, rage at the world that has left him to suffer like this grows. In the introduction Trumbo tells us that a retired military man claimed that the work was a "pacifist" novel. This isn't true. The seering rage and anger at the heart of the story, the blood spitting angry climax is nothing less than a call to revolution, to turn the gun onto those who would make war, and send young men to die and suffer.

By a strange coincidence I read this through the night as most of the world waited to see whether Barack Obama would win the US election. When I heard that he was the new president, my first thought was that I hoped he had read this novel as he prepared to take over US foreign policy. Even if he has, its time a new generation of people read it - just in case.
Posted by Resolute Reader at 8:01 pm 1 comment: