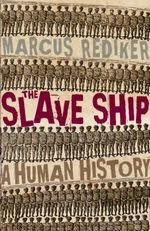 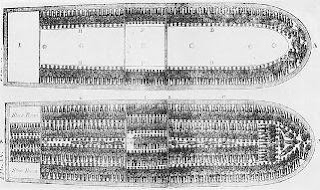 Rediker - The Amistad Rebellion
Rediker - The Slave Ship
Rediker - Between the Devil and the Deep Blue Sea
Rediker & Linebaugh - The Many Headed Hydra
Posted by Resolute Reader at 7:28 pm No comments:

Mary Beard - Pompeii, The Life of A Roman Town

There is a danger with books of archaeology, particularly those that are about sites like Pompeii, where we know alot about the day to day lives of the inhabitants. The danger is that the author and the reader becomes obsessed with the minutiae of the historical people. We end up trying to imagine how our lives are similar, or how "they" did they things that "we" do now.

In and of itself there is nothing wrong with this - though I remember once my mother pointing out to me, while I did some history homework, that when I looked at the past, I should remember that people like us were the people who grew the crops, rather than those that lived in the castles. We can learn alot by imagining how people ate, bathed, travelled and all the rest of those crucial things - but if that's all we do, then we can seriously limit the lessons that history can teach us.

Now Mary Beard's latest book doesn't fall into this trap. There is much here for the casual reader to enjoy, and much to make sure the visitor to Pompeii gets a more fulfilling understanding of what happened in a Roman town. But this book has so much more to offer.

Firstly, Mary takes on those, like the guides on the site, who encourage us to imagine Pompeii as a typical Roman town, suddenly interrupted and deserted. Preserved like a fly in amber, at its moment of death. Of course this is partly true - we have found "loaves of bread found in the oven, abandoned as they baked; the team of painters who scarpered in the middle of redecorating a room, leaving behind their pots of paint".

But those who lived in Pompeii knew what might have been coming, they had after all the experience of an earlier eruption - indeed much of the repair work going on may have been left over from the damage that that caused. Those who remained were likely to be only a small proportion of those who considered the city their home.

Mary Beard brings us the latest in theories and discoveries from the city's remains. Interesting, she often tells us what "some" historians think, and what "others" believe, but refuses to come down on either side, siting lack of evidence, or other plausible theories. The archaeological world that she describes is often one where lack of evidence hasn't stopped someone coming up with a theory to explain something. Of course we also learn how much we don't know. How did the participants react to animal sacrifice, who paid for it, what happened to the carcases afterwards?

Something that comes across strongly from Mary's writings is the class element to Roman society. In some ways, this aspect is obvious - school children learn that Roman had an emperor and slaves, and all the different strata's between. What Mary brings to life is the reality of what this meant for people in Rome.

Here she writes about Roman sex life, comparing it to the way they ate their food.

"... all Roman men married. Sexual fidelity to a wife was not prized or even particularly admired. In the search for pleasure, the wives, daughters and sons of other elite men were off-limits ... The bodies of slaves and, up to a point, of social inferiors, both men and women, were there for the taking. It was not simply that no one minded if a man slept with his slave. That was, in part at least, what slaves were for. Poorer citizens, with a less-ready supply of servile sexual labour, would no-doubt use prostitutes instead. As with dining, the rich provided for themselves 'in-house', while the poor looked outside."

Slave had little or nothing in Roman society, the poorest had little more, and their dwellings rarely had a kitchen or dining area as we know it. Consequently the poor ate out all the time, the rich could entertain and dine at home.

So writ large, in terms of sexual relationships and cooking we have the structure of Roman society and for me, this is far more illuminating than all the guesses about how people might have lived.

Mary Beard's book is a fascinating work on Pompeii. I wish I had had the chance to read it before my only visit. I am inspired to go again, and I will definitely take it with me when I do.
Posted by Resolute Reader at 7:02 pm No comments:

The complex relationships at the heart of big business have been a theme in earlier works by Iain Banks, though in "The Steep Approach to Garbadale" the author looks at the much more difficult business relationships caused by a large family run organisation.

The Wopulds run an immensely successful company that made its initial fortune manufacturing the Empire board game around the world. The game itself seems to be a more complex version of Risk - since it's invention, further success and profits have been made as the game has expanded into the world of arcades, consoles and PCs.

The story focuses on Alban McGill (amusingly nicknamed All Bran by his more working class friends) whose difficult relationship with his family centres on his mother suicide (graphically described early in the novel) and his love affair with his cousin Sophie. Alban is constantly on the metaphorical run, suffering the consequences of his traumatic childhood and the pressure inherent in being a liberal leftie, part of a rich, profit motivated family (at one point he is told off by the family matriarch for expressing his displeasure at her toast 'free trade not fair trade')

All this comes to a head as the Wopulds face being bought out by a giant American games corporation who desperately want to use the Empire! name to consolidate their power. The run-up to the Emergency General Meeting where this is thrashed out forms the backdrop to Alban confronting his difficult past and finally understanding some of the reality behind a carefully constructed facade.

All well and good. It's an enjoyable read, though the "twist" was fairly obvious long before it was spelled out in the books final pages. But I was left with the feeling that it had all been done before - Nasty Multinational Company? See "The Business". Complex family relationships on remote Scottish estate? See "The Crow Road", liberal central character facing personal angst and danger? See "Dead Air" or just about every other Banks' work.

That's not to say that "The Steep Approach to Garbadale" isn't a good novel, there are a few moments of pure writing genius (The suicide scene being a genuinely dark moment, and the tension as the former lovers, Alban and Sophie find their fishing boat breaks down, is palpable) but these seem to stand out in amongst a story that feels a like it has all been done before.
Posted by Resolute Reader at 10:56 am 1 comment: