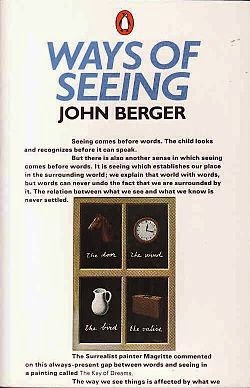 From its radical design and layout, to its unusual notion of what constitutes an essay, John Berger's Way of Seeing is a striking book. But it is the radical approach to art outlined in its short essays (both those with words, and those with only pictures) is what really makes this book stand out. Berger locates art in the prevailing political and economic situation. How we view art, how we understand it, how we copy it and discuss it, has everything to do with the world in which we live. Art doesn't exist for art's sake, it exists as a product of past ages that has survived into our time. We look at it through eyes shaped by our own experience, as well as eyes that have seen countless reproductions and re-interpretations.

"The art of any period tends to serve the ideological interests of the ruling class.... What is being proposed is a little more precise; that a way of seeing the world, which was ultimately determined by new attitudes to property and found its visual expression in the oil painting and could not have found it in any other visual art. Oil painting did to appearances what capital did to social relations. It reduced everything to the equality of objects. Everything became interchangeable because everything became a commodity. All reality was mechanically measured by its materiality."

He accompanies it with images similar to this. 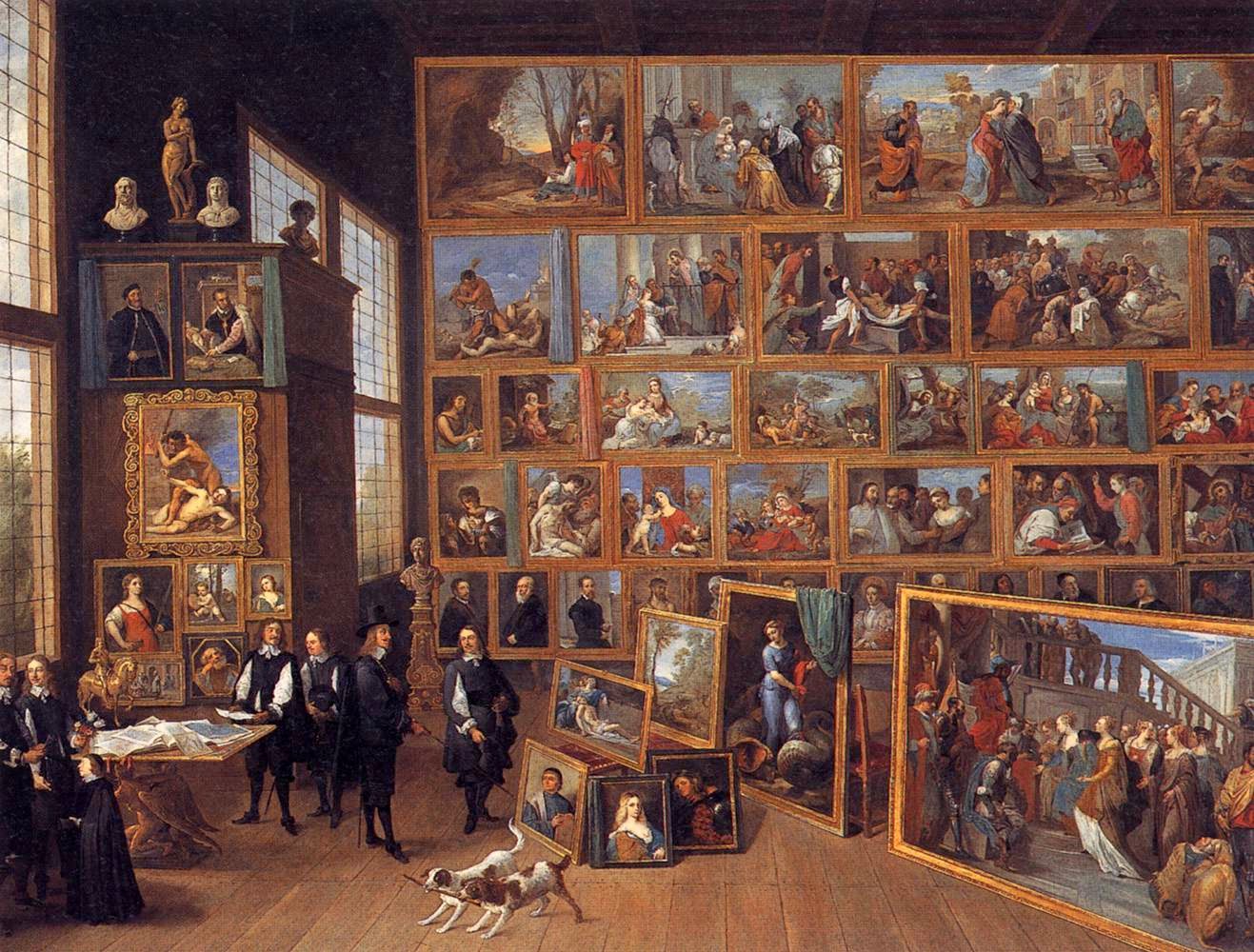 Now the reader may well shrug, and point out that many oil paintings didn't simply list products, objects or commodities. But Berger anticipates this, pointing out that those that don't, when examined, are found to be "exceptions of a very special kind". Those pictures "repeatedly reproduced and presented" are consider works of "the masters", yet are not representative of oil painting as a whole.

Berger continues by looking at how this effected what art was made. Landscapes, when first painted, served "no direct social need", so their painters starved. When landscape became an accepted form, its subjects were often linked to that of property (as in a famous painting of Gainsborough, Mr and Mrs Andrews).

Other examples of "property" abound in this work. Berger discusses the nude as subject, presented as an object to be gazed at by the observer. The hypocrisy of this is summed up by all those images of naked women holding mirrors, as Berger cynically notes.

"You painted a naked woman because you enjoyed looking at her, you put a mirror in her hand and you called the painting Vanity, thus morally condemning the woman whose nakedness you had depicted for your own pleasure."

The depiction of objects and commodities, and the use of the woman's body continues today, of course. Berger links the art of oil painting and its origin under capitalism as being directly linked to the photographic world of advertising. Oil paintings ability to render images as lifelike, and draw the observer in, is directly related to the way that objects photographed can be made to be alluring. Advertising thus, for Berger, offers us the future, wrapped in the past.

This fine book deserves a careful reading. Art is more than the sum of its parts, and Berger's examination of the way that it reflects prejudices and ideology is one that has stimulated debate and discussion for years. It begs the question too, of how art, under a classless and free society will be made, interpreted and enjoyed.