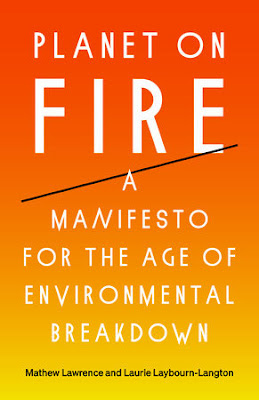 This ambitious work tries to pose a positive alternative to the capitalist driven ecological breakdown that we are experiencing. Its great strength is that it locates the problem not as an outlier to capitalism, but as a consequence of a system driven by profit. As such, ecological crisis isn't separated from wider social, gender and racial injustices. The authors recognise the legacy of colonialism and ongoing imperialism as part of the problem. The problem with the book is two fold. Firstly there is no real break from capitalism - essentially the authors want a world where companies aren't run for profit, where the finance system is greened and equitable and where production is organised in the interests of people and planet. But they want this without explaining how this break with capitalist practice might occur. Which brings us to the second problem - there's no agency. People are seen as part of the solution, but not the mechanism for this transformation. So the book is a worthy read, full of interesting ideas, but feels like the Utopian socialists all over again.

I've been asked to review this book in more detail elsewhere and I'll link this when done.

Posted by Resolute Reader at 7:55 pm