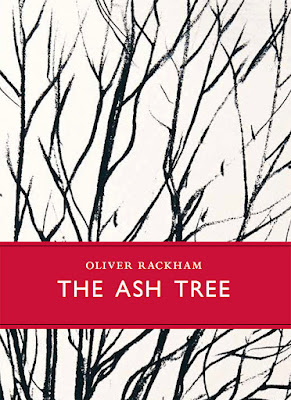 The Ash Tree was dictated by Oliver Rackham from his sick bed from memory. His editor tells us that while the text was "refined" it was, nonetheless, essentially written from Rackham's memory. It is testament to the author's brain that he was able to produce, almost on demand, a book that is both detailed and passionate, as well as polemical and beautifully written. The Ash Tree was written in response to growing public awareness of a major outbreak of 'Ash Dieback' a fungus that was destroying the trees.

Rackham was concerned about how the immediate response to Ash Dieback was to plant hundreds more trees, arguing that the roots of the problem lay in something he had been "rabbiting on about for years". Rackham argues that the

greatest threat to the world's trees and forests is globalisation of plant diseases: the casual way in which plants and soil are shipped and flown around the globe in commercial quantities, inevitably bringing with them diseases to which the plants at their destination have no resistance.

Attempts to solve the problem are limited, Rackham argues, because "people's enthusiasm for trees comes and goes on a shorter timescale than the lifespan of trees" and that we are an "unreliable guardian of the world's trees".

He then begins an ash odyssey. He looks at its history, its biology, its associated flora and fauna and its cultural significance in prose, song and literature. We learn about ash trees in remote areas, of huge trees and how the wood has been used for wheels, tools and gates. We learn ash's history:

Ash has been increasing throughout the Holocene. Widespread since wildwood times, it seems to have got slowly commoner as the centuries have passed. In Anglo-Saxon times it was common but not universal: the sort of tree that places could be named after. It has slowly increased ever since, both in woodland and elsewhere.

The book ends with a polemic - about how to care for trees, how to plant them, and how to consider them as part of our lives and landscape. Readers of Rackham's other books will be familiar with his concern to place woodland in the context of a human and natural landscape, interacting with and being changed by social and ecological forces.

The Ash Tree is a gorgeous piece of nature writing, illustrated, as these books should be, lavishly with plenty of colour. But it is a book that is also, intensely Rackham. His unique style and enthusiasm shine through, as well as his own life thinking about trees and woodland. His final lines, bemoaning the decline of tree pathology as a science studied in universities leaves him feeling isolated: "I am one of the last survivors of a Critically Endangered Species. I belong in the Zoo."

Sadly Oliver Rackham died shortly after this book has left, but we can hope that his inspiring writing, read in the context of our greatest ecological crisis, will create a new generation of tree pathologists.

Posted by Resolute Reader at 6:55 pm