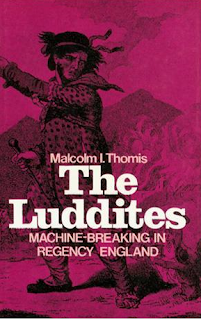 Destruction of property - the burning of ricks, maiming or killing of animals, the breaking of machinery or the burning of buildings - was long a part of the resistance by rural labourers in the late 18th and early 19th century. Today the practice is most commonly associated with the movement known as the Luddites which peaked in 1812, and has wrongly become associated with an irrational hatred of technological advance.

The movements known collectively as the Luddites were a mass expression of anger and frustration at an economic system that provided little for the majority of the population. They cannot be understood without looking at the wider transformations that had taken place in English society over the preceding century or so - the development of capitalism which had transformed rural communities from, effectively peasant societies dominated by collective and communal production, to ones were the selling of wage labour had become the norm.

This transition to a market economy had created a system were it was possible to starve in the midst of plenty, where the pursuit of profits meant that food was taken away from the hungry, who could not afford to pay and sold were profits were possible. In particular, in the context of the Luddites, the introduction of machinery, to expand and accelerate production was creating unemployment and undermining the highly skilled labour of sections of the workforce. In the context of the growth of the factory system, which broke the more traditional relations between master and skilled labourer, and concentrated relatively unskilled workers in massive workplaces, workers could legitimately feel they were being sacrificed in the pursuit of wealth and that their skills which produced high quality products were being discarded. Hence the rebellion, which destroyed machinery and targeted the worst of those capitalists who were seen to drive forward this oppression.

Thomis' book is intended as a general over-view of the rebellion and its causes, and an attempt to understand events. Unfortunately it is a pedestrian read, which I think fails to really grasp the nature of events. Despite arguing that Luddism wasn't simply an economic movement, Thomis ends up suggesting that "Luddism came to an end... not because of the success of the authorities in rounding up its leaders but because of a substantial improvement in the conditions which originally gave rise to Luddism". 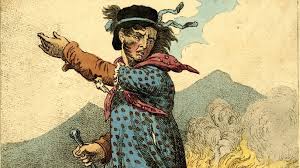 This is a somewhat conservative conclusion. Firstly it under-estimates the political crisis that the movement gave rise too. Luddism took place in the context of war with Napoleonic France and raised the terrifying spectre of revolution at home. The assassination of Prime Minster Percival Spencer in the midst of the events was unrelated, but the authorities clearly felt that it was the mark of things to come for the ruling classes. The repression that they unleashed - effectively introducing martial law, and using violent, summary military justice against protesting workers - certainly helped knock back the Luddite movement. Thomis rightly highlights that the Luddites lacked any real national network of organisation that hampered their ability to co-ordinate, and this meant that repression had an immediate effect. Secondly the improvements cannot have been that substantial as unemployment and resistance was to be part and parcel of life for both rural and urban workers over the following decades.

Thomis argues that "the greatest confusion, for both contemporaries and historians, has arisen from the difficulty involved in separating Luddism from the various political reform movements that were going on concurrently". This seems a very mechanical approach. Individual Luddites may not have been members of reform movements, but their frustrations (and their rebellion) was driven by many of the same concerns that would fuel the wider demand for reform in the early 19th century. To separate these issues is to argue that the economic and political are separate, which might fit Thomis' agenda as the author, but not the reality of the times.

Ultimately I found this a disappointing book. It has its uses, not least as a pointer to other material and containing a very useful set of time-lines. But its not the definitive book on Luddism that the author seems to think it is.
Posted by Resolute Reader at 1:11 pm