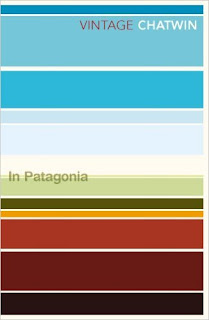 Bruce Chatwin's In Patagonia completely revived the market for travel books. Becoming the bible for thousands of South American backpackers inspired by his pithy and amusing accounts. Framed by the story of his attempts to obtain a replacement of his Grandmother's lost piece of brontosaurus skin, Chatwin travels back and forth across the countries of Patagonia describing the people he meets and their links with famous historical events.

Frankly though, I found the book tiresome. Chatwin has undeniable writing talent. But his emphasis seems to be on the eccentric, and particularly eccentric European immigrants. As such his account is largely devoid of stories reflecting the mass of the population but rather an obscure (and relatively dull) section of those who'd recently come to the continent.

That's not to say that this isn't interesting. The Welsh community of Chubut is fascinating, as are Chatwin's retelling of the Butch Cassidy stories and his extensive account of his Grandmother's cousin Charley Milward, the adventurous sailor who originally found the fossil remains, is also entertaining. But what about the indigenous population (who are only here as a backdrop to tales of other people). What about those who did the farming, or worked in the huge cities?

In Patagonia failed to give me any picture of what the place and its people were really like, beyond a few interesting characters, and as a result I found myself very disappointed.
Posted by Resolute Reader at 2:30 pm