Thomas Harris - Silence of the Lambs 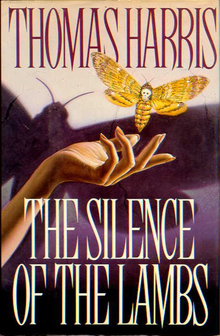 Over a quarter of a century after it was first published, and despite repeated re-readings, Silence of the Lambs still has the power to grip and shock. Its not simply that the character of Hannibal Lecter is so horrible, its the way the author interweaves multiple story-lines into each other. Lecter is horrific of course, but he is also fascinating and Harris' portrayal of what shaped him gives a solid foundation to the serial killer. Two other characters stand out. Clarice Starling of course, brilliantly portrayed in the film, but here far more naive than Jodie Foster's character. Jack Crawford is also superbly drawn, personifying the FBI, not afraid to use Starling to the advantage of the FBI, but also tortured by his own personal situation. Reams of paper have been written about this book. There's little purpose to writing more - it is one of the greatest novels ever written about a serial killer. Horrific at times, painful even, but with unexpected depths. Worth the read.
Posted by Resolute Reader at 10:33 am