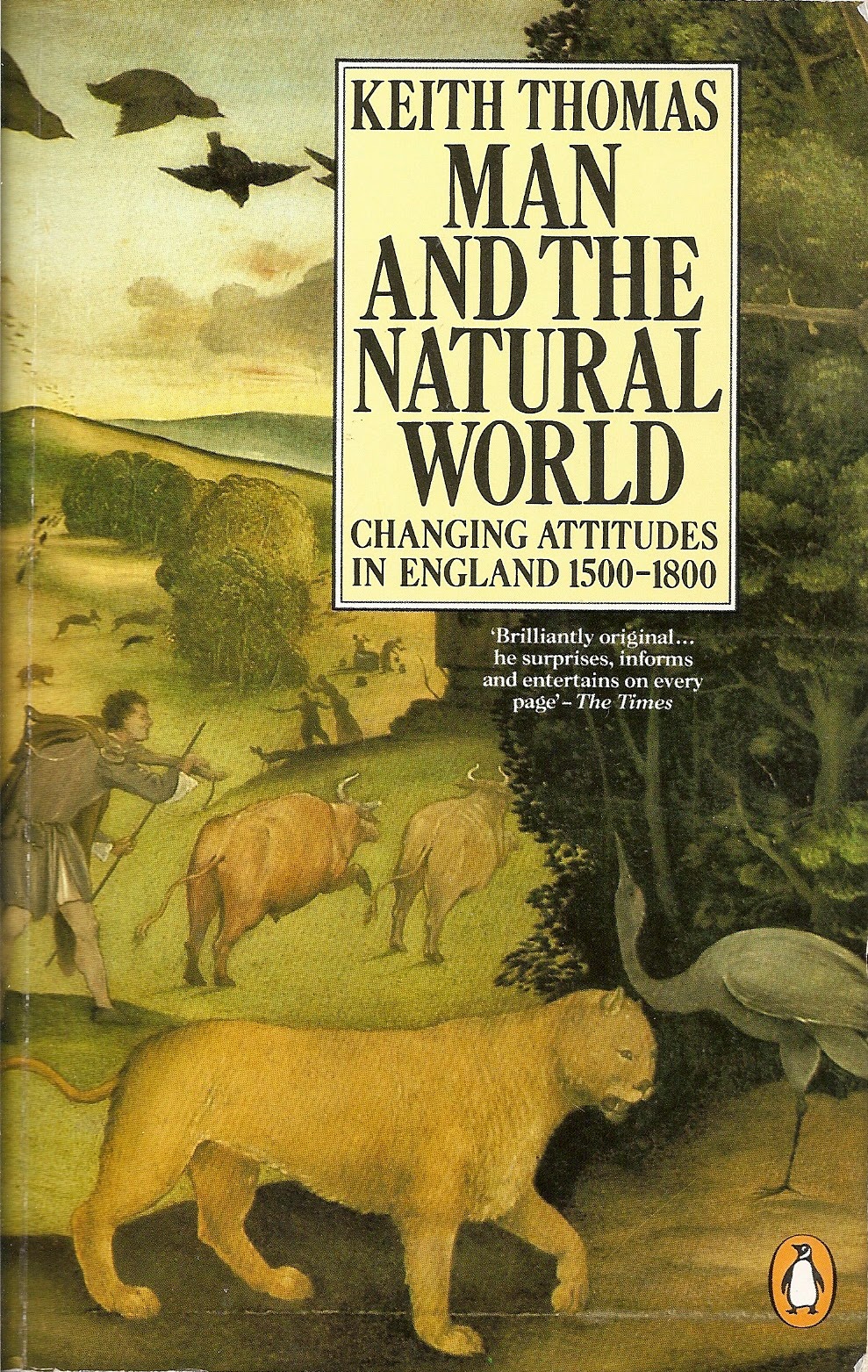 There are some surprising insights in Keith Thomas' study of how English attitudes to nature changed over time. One of them is that the rise of the "cult" of roast beef in England only took place as the animal's role as a working animal declined. There are many similar examples; people would happily eat particular animals or birds in one century, considered them beyond edible a few years later.

These changes are not simply to do with taste (in both senses of the word). They are in part a result of changing understandings of science, and of the human position in the natural world. In Tudor and Stuart times, the dominant approach to nature flowed from that suggested by the Bible. Everything in nature, plant or animal, had been placed there by god for human use. As an early 17th century poem put it:

“The pheasant, partridge and the lark
Flew to thy house, as to the Ark.
The willing ox of himself came
Home to the slaughter, with the lamb;
And every beast did thither bring
Himself to be an offering”

This sometimes leads to ideas that seem laughable today. A preacher in 1696 claimed that "Camels... had sensibly been allotted to Arabia, and savage beasts 'sent to deserts, where they may do less harm'. It was a sign of God's providence that fierce animals were less prolific than domestic ones... usually coming out only at night when men were in bed." Certainly a case of putting the cart before the horse.

Those that argued that humans themselves where animals, "remained a minority" until the 19th century. But as the 19th century drew closer there was growing recognition that some animals "did not fall short of man". Keith Thomas notes throughout the work how even in the earliest period covered people were aware of the intelligence of animals, their skills and often attributed human-like qualities to them. In 1679, it was noted "That there are some footsteps of reason, some strictures and emissions of ratiocination in the actions of some brutes, is too vulgarly known and too commonly granted to be doubted."

This changing awareness and understanding of nature was partly scientific, but it was also ideological. As the world changed, so did attitudes to the world. Sometimes this was forced upon people, as when in the early days of capitalism, private property in nature was enforced by the enclosures and anti-poaching laws. These sometimes had wider changes. Thomas notes for instance that enclosures helped led to the decline of the sport of the feudal aristocracy, hawking.

Hunting plays a big part in Thomas' story. Partly because it is one aspect of human relationships to animals that is frequently documented. Sometimes in the journals of feudal lords, sometimes in parliamentary acts designed to restrict the practise. Thomas argues that with the development of industrialisation there was a corresponding change in attitudes to animals and nature. The beginnings of the early movements against animal cruelty can be dated to this period, and were frequently associated with wider social demands.

Most fascinating of all, Thomas also notes that changing attitudes to nature were also noted in the landscape. Before 1700 mountains were considered "distasteful", described as "warts" or "boils". But, Thomas argues, with the increased rural changes associated with the expansion of cultivation which regulated and created a more uniform countryside, the wildness of mountains began to be sought and appreciated.

Keith Thomas' book is a unique and detailed book. While full of fascinating information, I felt at times that it failed quite to explain why people's attitudes towards nature changed. In particular I think it should have drawn out how, with the development of capitalism, nature became increasingly a commodity and people related to it as they did to other commodities through its exchange value. Thomas doesn't neglect this aspect, but it is downplayed.

Nonetheless this criticism shouldn't prevent anyone from reading this entertaining, important and fascinating work of history.