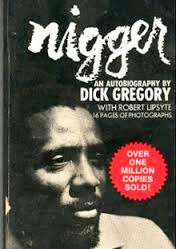 Until I picked up this old autobiography, I knew nothing abut Dick Gregory. Today he is relatively well known in the United States for his comedy, his social activism and his long record. Gregory's autobiography, written with the US sports journalist Robert Lipsyte, is an insightful look at the life of someone growing up black in 1950s America, and the early years of the Civil Rights moment.

The book is poignant. At times Gregory's descriptions of his childhood, the family's poverty and his mother's desparate hard work to try and keep the family alive will bring tears to your eyes. But Gregory also describes the sheer normality of vicious racism that went along with this. As a young man, Gregory was an accomplished runner. Such is the reality of racism in the US in that period, that it is actually atheletics that brings him into contact with the Civil Rights movement. He is angered that his running record isn't recorded in the local newspaper, because it was a race for blacks. He joins a protest march, and quickly becomes a key figure. 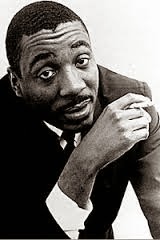 In the army, Gregory learns that he is an accomplished comedian. Youtube has a few of his early stand-up routines, sand 50 years later they sometimes still work. In his biography he describes how he combined an act that didn't ignore racism, at the same time as learning how to deal with it. Gregory's early efforts in showbiz cost him money and friends, but he does eventually break through. With fame though, comes responsibility, and as a prominant black figure, he eventually gets pulled into the Civil Rights movement as a leading figure. Despite being followed by the media everywhere, the police still brutally beat him (away from the cameras) and Gregory gets pulled further into activism.

For those who've read about the Civil Rights movement, Gregory's slightly oblique look at the struggle will be fascinating. He's not really a leading figure, though a key part of it. But he describes the March on Washington, and the murder of school girls in Alabama with passion - these are not remote incidents, but ones that he sees pulling more people into the struggle. Gregory has his own tragedies. Since this is autobiography, at times he over-emphasises his own importance, but mostly he inspires because he is honest - about his fears, about his guilt and about why he gets motivated. At the end of the book Gregory writes with hope:


You didn't die a slave for nothing, Momma. You brought us up. You and all those Negro mothers who gave their kids the strength to go on, to take that thimble to the well while the whites were taking buckets. Those of us who weren't destroyed got stronger, got calluses on our souls. And now we're ready to change a system, a system where a white man can destroy a black man with a single word. N*****.

Sadly, we still have a long way to go. But people like Gregory were a key part of starting the Civil Rights movement. He remains active today, and his story should continue to inspire a new generation.
Posted by Resolute Reader at 8:54 am