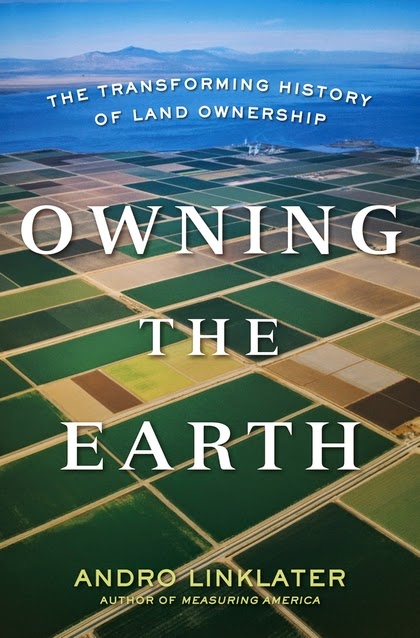 Throughout history we have come up with a multitude of different approaches to land. From the hunter-gatherer communities for whom ownership" meant little but the temporary use of a area of land, to modern land-grabs where multinationals purchase hundreds of thousands of acres for speculation against rising food prices.

Andro Linklater's important book looks at the history of land ownership. He argues, following the Enlightenment philosopher John Locke, that land ownership creates the potential for individual freedoms in a society. For Linklater, the particular way that capitalism developed in England with "private property" in land being opened up wider than the aristocracy helped direct some countries down a path that had innate freedoms enshrined in their very DNA.

While Linklater's book is readable and covers a vast arena of topics, I felt it didn't really explain either the current land situation, or alternatives to capitalist landownership. Nor did it particularly dwell on the potential for the redistribution of land, from the bottom up.

This is a shortened piece because I wrote an extended review for the International Socialist Journal. You can read my full review online here.
Posted by Resolute Reader at 8:44 am