Nathaniel Philbrick - The Last Stand: Custer, Sitting Bull and the Battle of the Little Bighorn 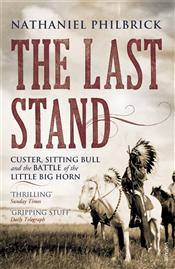 The Battle of the Little Bighorn is one of those historical events that inspires endless books, articles and obsession. Towards the end of this history of the conflict, Nathaniel Philbrick describes a Custer re-enactor who has spent his life researching the general, dresses as him and hangs around battlefield re-enactments.

This obsession with the destruction of Custer's army that took place in 1876, seems to have begun almost as soon as the last shot was fired. The defeat was an immense shock to the collective American psyche, then in the midst of celebrating its centennial, and hence its own national superiority. Philbrick also argues that the Battle marked a turning point, when American imperialism turned outwards, having conquered its internal lands, it began to gaze at territories abroad.

Even here in the UK, the Little Bighorn held an immense fascination for me. One of the earliest books I read was a Ladybird account of events. The image of the Indian about to kill a cavalryman on the cover is part of my own psyche now. Flashman's fictional account of his time on the battlefield is a surprisingly detailed story of what occurred at Custer's last stand. George McDonald Fraser, like Philbrick was able to draw on a wealth of accounts, transcripts and reports of those involved in the battle. Within a few weeks or months of the battle, reporters and amateur historians were already taking town the stories of participants. Philbrick uses many of these accounts, including the fascinating pictograph drawn by Native American participants, to give an eyewitness feel to the story.

What was of course omitted from the Ladybird story, was the chaos at the heart of Custer's command. The mistaken decisions (dividing forces before a superior enemy, leaving Gatling Guns behind, and choosing single-shot over repeating rifles) are well known. But what Philbrick does is to show how each of these decisions on its own wasn't the key problem, what mattered was the way that Custer's command was internally divided and lacking in training to be able to challenge the forces massed by Sitting Bull. I was very surprised to learn how young and inexperienced many of Custer's troops were, many it seems had never even galloped a horse, let alone experienced gunfire.

Those who did survive, under the command of Benteen for instance, did so often because experienced troopers took control at key moments. What Philbrick also shows, is that many experienced officers failed the task. He dwells on Reno's drinking during the battle, but this is the most extreme example of the problem. Other officers, such as Benteen, clearly spent the crucial early parts of the battle stunned and unable to command. Reno though comes out of this book with a dark spot against his name, his cowardice at the start of the battle, almost meant that his own troop was routed like Custer's.

For those who are not obsessives, or experts on Custer's fight, Philbrick's book is a excellent introduction. It is full of the type of detail that shows how easy it would be to become an obsessive. Did Peter Thompson actually see General Custer, miles from his command at the height of the battle, or was he hallucinating due to lack of water? Thompson was now coward, and clearly not a man prone to lying. Surprisingly, Philbrick concludes that Thompson may have seen a General renowned for his ability to gallop off alone to see the lay of the land. 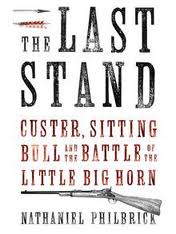 The Native American troops here are not forgotten. Philbrick puts their actions squarely in the context of what he calls Imperialism, the destruction and desecration of their lands and people. He is careful to show that while many, including Sitting Bull, clearly hoped for peace, they were not afraid to fight when it became clear that the Seventh Cavalry had no such interests. General Custer's arrogance towards the Indians, rooted in racial stereotypes of the different tribe led him to believe he was destined towards victory. Its clearly possible that many of Custer's battlefield decisions were rooted in attempts to maximise the scale of his own, personal victory. The Native Americans massacred the Cavalry. They also tortured them, and mutilated their corpses. This may seem shocking, but they were responding to genocide and hoped that a significant defeat of Custer might prevent their extinction. Sadly, it failed to alter the course of events significantly.

Tragically, Custer is remembered as an all American hero. The reality is very different. There were many heroes on that day in 1876, most of them were Indian, not a few of them were ranking troopers. Most of the latter died horribly, because of the self-serving dreams of generals, the cowardice of their officers and above all, a destructive set of military priorities that aimed for the destruction of an entire people. Nathaniel Philbrick's book is a brilliant introduction to this pivotal moment in US history which rescues the real story of the Battle of the Little Bighorn from the myths that have grown around it in the name of US history.

Philbrick - In the Heart of the Sea
Posted by Resolute Reader at 11:50 am