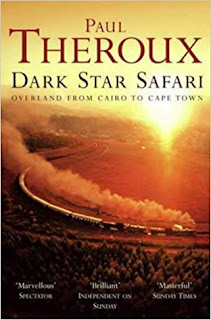 One of the amusing things about Theroux’s travels across the continent of Africa by land (and at a couple of boats), is the way that when he reaches South Africa after many weeks of travelling, acquaintances of his introduce him to others with the words “he came from Cairo, by bus!”

This sense of amazement is perhaps natural. Too many people think of Africa as one place – a single country maybe, with a single people. Of course is is anything but, and Theroux’s travels make this clear.

Because Theroux has a history in Africa – he served with the Peace Corps there in the 1960s, in Malawi, he has the language and the confidence to travel in places that many would ignore. But more than that he offers a unique insight into the changes that have taken place in the continent and the things that have remained the same.

Rarely does Theroux express any disgust – except for those charity do-gooders who believe that they can save Africa with more and more aid. He meets many people who point to the bureaucracy and corruption that eat away at donated money. He meets many more people who point the out how simply throwing money around isn’t enough – there has to be a longer term strategy and charity treats the symptoms not the cause.

However, I found the book confusing at times. Not least because Theroux’s writing style is bitty and simple – anecdotes are short and minimal. I was left often wondering what else happened. But perhaps this is a minor complaint about a book that treats the people and environment of Africa honestly, rather than simply viewing the place as somewhere for our sympathy and charity.

(*) Overland from Cairo to Cape Town
Posted by Resolute Reader at 3:32 pm

If ever you want to do any African safari's or overland adventure trips, contact me. I am an agent for the African Travel Co. in Cape Town. I'll organise more than your trip - accommodation and flight bookings as well for no additional fee.