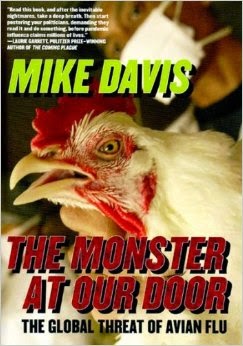 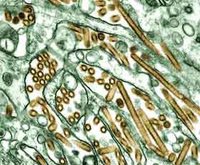 Thanks for that review. I like Mike Davis a great deal -- his Prisoners of the American Dream was a key text for me when I was nineteen or so -- but I haven't read his latest stuff.

I can never quite decide whether to be doubtful about catastrophic claims (not environmental ones... like global warming and peak oil... I think those are accurate, and it's very hard to see turning around corporate priorities quickly enough, especially since miserable crises don't tend to promote revolution so much as the beginning stages of RECOVERY from wretched crises, cf. the Great Depression in the 1930s) or fatalistic about them. The avian flu, for example.

I should read the book.