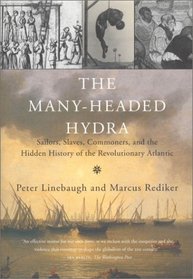 As he stood on the scaffold waiting to hang for his part in trying to organise a revolutionary army to seize power in London and declare a republic, in February 1803, Col. Edward Despard made this powerful speech

“Fellow citizens, I come here…after serving my country – faithfully, honourably…for thirty years and upwards to suffer death upon a scaffold for a crime of which I protest I am not guilty. I solemnly declare that I am no more guilty of it that any of you who may be hearing me.

But though his Majesty’s ministers know as well as I do that I am not guilty yet they avail themselves of a legal pretext to destroy a man, because he has been a friend to truth, to liberty and to justice. Because he has been a friend to the poor and the oppressed. But Citizens. I hope and tryst, notwithstanding my fate and the fate of those who no doubt will soon follow me, that the princriples of freedom, of humanity and of justice will finally triumph over falsehood, tyranny and delusion, and every principle inimical to the interests of the human race."

Despard was one in a long line of people who developed and fought for freedom and justice on both sides of the Atlantic. Linebaugh and Rediker’s book documents the forgotten stories of those who, from before the English revolution to the American war of independence and beyond believed that “the poorest man hath has true a title and just right to the land as the richest man”.

One of the most powerful sections in the book is the chapter on piracy – originally encouraged as a way of undermining Spanish power in the west Indies, the sailors of the British ships often realised that piracy was away out of their rotten life – often little more than slavery itself.

The pirates of history are not the stuff of Hollywood legends – rather their revolts produced democratic ships with captains accountable to crews and collective decision making. They also shared the spoils out properly – irrespective of the rank of crewman – or his colour.

This last point is important – many of the revolts, uprising and mutinies involved black, white and Indian standing shoulder to shoulder, at the height of slavery the poor of the world understood the need to stand together long before the Wilberforces of the world had ever thought through the moral rights and wrongs (Despard for instance had a black wife, who was a fellow campaigner and comrade for many years, at a time when many in "polite society" would have considered a black person fit only for servitude).

I can’t recommend this book enough. It is difficult in places – particularly if your knowledge of the English Revolution is limited as mine is to the battles between Parliament and Crown.

This is not surprising because this is how it is taught and the authors are trying to rescue a forgotten history. This is why one thing that may strike progressives today as unusual is the role of religion – the bible is quoted, read and debated time and time again.

But often the radicals of past centuries only had their religion and the bible to interpret the world with, and they searched hard to find the real meaning behind the words.

This is why so much of those who fled to the New World, fearing persecution at home, hoped that they could build a promised land. It wasn’t to be, but their half-forgotten struggles to build a new Jerusalem are brought to life by this excellent book, if only to inspire us to try again.

Rediker - The Amistad Rebellion
Rediker - The Slave Ship
Rediker - Between the Devil and the Deep Blue Sea
Rediker & Linebaugh - The Many Headed Hydra
Posted by Resolute Reader at 9:23 pm