Ignacio Padilla - Shadow Without A Name 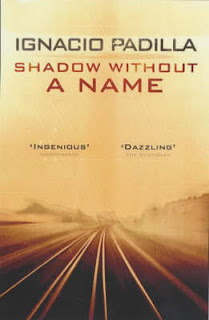 This compelling, if confusing novel spans the darkest years of the twentieth century, from the beginning of the First World War, to the aftermath of the second. Its characters live in central Europe and find themselves in the middle of war, fascism and the Holocaust.

The novel begins with an attempt through a bet on a chess game, to win an identity change which will leave one person in relative safety behind the lines, and the other facing the bullets and shells in the trenches. This sets the scene for repeated changes of identity, until it becomes unclear precisely who is telling the story, about whom.

These characters become embroiled in the nascent fascist movements at the end of the First World War, and eventually rise to be at the heart of Hitler's Nazi Party and, in one case, uniquely positioned to witness the beginnings of the Final Solution. To say more would spoil a complex plot that had this reader constantly looking back to earlier chapters to try and better understand events.

Well written, compelling, shocking and innovative, this is an excellent novel from an author who tragically died far too young.
Posted by Resolute Reader at 9:05 am