Charles Darwin is one of those people whose lives inspire in all sorts of ways. His work on evolution is one part of this, his insights and his method are worth studying for the brilliance of his scientific method. But his science cannot be separated from his life and Darwin's travels, writings and activities are also fascinating in themselves. He is one of the few individuals who can inspire people to follow in his footsteps simply because he stands like some sort of colossus over science and history.

As a result of this, Darwin has had many biographers and Desmond and Moore's book at first seems like an attempt to find a new hook on which to hang yet another book about his life. The central idea of their work, is that Darwin's science and life cannot be separated from one of his great "passions", the movement to abolish slavery. From the desire to end slavery, and prove that all humans descended from the same origin, the authors argue, all the rest of Darwin's work flows.

What initially seems a convenient hook rapidly becomes a very readable and convincing biography that puts Darwin's genius in the midst of the intellectual and scientific debates of the 19th century, rather than locating the man, simply as a scientist with particularly brilliant insights.

The boo, and Darwin's life, can be split into two parts. The first centres of Darwin's upbringing. His family were rooted in the liberal anti-slavery movement. The authors show how Darwin's childhood and early adult years would have been seeped in political discussions about slavery. The accounts of the barbaric mid-Atlantic passage, the murder of slaves and life on the plantations were something that Darwin would have known well. His family were subscribers to a number of political campaigns on the question, attending meetings and supporting candidates that pushed for abolition and reform. By the time he got to university, Darwin's blood was thoroughly abolitionist. At university Darwin worked closely for some weeks with an ex-slave. The authors speculate, with some basis, on the way that their conversations would have turned to the realities of slavery. Interestingly, Darwin's notebooks and diaries contain no hint of racism or prejudice. To him, the black man teaching him to stuff animals was another man, slightly lower on the social scale, but in no way unequal. This contrasts, the author's point out, with the reality of life in the cities as viewed by many from the United States. Visitors from the other side of the Atlantic were appalled to see white and black couples parading the streets, arm in arm.

Darwin's experiences on the Beagle are well documented, as are his disagreements with his Captain over the question of slavery. Less well know, are the way that these experiences and what he saw of the reality of slavery helped steel his anti-slavery position. This might seem unsurprising, but several of Darwin's contemporaries later in life, visited the states and came to opposite, pro-slavery positions. Darwin's experience with indigenous people in South America also bore fruit later in his life, as he took up the political and scientific arguments associated with the origins of humans.

The second part of the book, and, it could be argued Darwin's life, is associated with the work that he began towards publishing his two masterpieces, the Origin of the Species and the Descent of Man. These two works are the culmination of a lifetime of study and research, and I will not repeat the science here. But the authors of this biography put them squarely at the heart of the changing debates that took place in England in the aftermath of the abolition of slavery.

During the campaign to free the slaves and end the slave trade, the notion of equality between black and white was taken as read. In the aftermath though, there was a increasing tendency to argue that the "races" were different. White people were superior, and blacks represented either a different race, or an earlier place in the development of humans. These debates were tied up with political questions justifying the existence of Empire, or the supposed lack of civilisation in Africa, for instance. They were also rooted in some of the new science that was developing, around the questions of brain size and head shapes.

Darwin placed himself in the camp of those who argued for a common ancestry for humans. But to explain this took Darwin decades of work and study. His reading was enormous, on everything from geology to the breeding of pigs and sheep. He ordered specimens from around the world and, in order to make sure that his scientific credentials were valid, he made himself a world expert on barnacles. Most interestingly, as the authors document, he engaged in the great debate about the origin of domesticated animals. In order to prove that domesticated pigs, sheep, cows and pigeons came from single origins, rather than multiple locations he needed to demonstrate that the great variety of life was possible from a single pair on animals. In order to do this, Darwin became an expert pigeon breeder. He spent time with working class breeders in their homes, to learn all he could and finally proved beyond doubt that it was possible to create enormous variations in animals from a single breeding pair.

This obscure work on pigeons was greatly important, because it undermined that argument that different "races" of humans, with their different coloured skins and different body shapes must have originated from different apes around the globe.

"After setting up his [Darwin's] target,


'The doctrine of the origin of our several domestic races from several aboriginal stocks, has been carried to an absurd extreme by some authors...

he would let pigeons lead the fight-back. The social context of Darwin's offensive has slipped away and been subsequently lost, but recovering makes sense of the project in Darin's moral world. It scientifically undermined the ethnographic drive for segregation and 'aboriginal' homelands so comforting to the 'slave holding Southerns'."

As America descended into Civil War, intellectuals on both sides grasped different aspects of the argument to polemicise in favour or against slavery. Darwin found himself part of that debate, his publications being quoted in the arguments and used against the pro-slavery side. But Darwin was propelled to his work by the growing crisis. He understood that part of winning the war, was undermining the idea that black people were suited to slavery because they were not biologically equal for Darwin "Slavery, race and evolution remained inseparable." 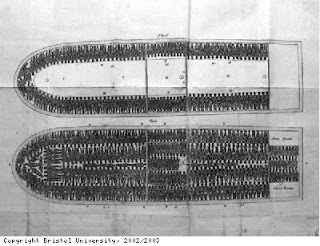 The book finishes with Darwin publicising his final work on human evolution. As with Origins it caused enormous debate and argument. Darwin had long since abandoned his religious beliefs, but if anything he was a stronger and harder fighter against racial ideas.

This is a rather astounding book. At times it reads like a scientific thriller, as you will Darwin to publish his book and damn those establishment figures he's concerned about upsetting. At others, it is a clear and readable introduction to the ideas at the heart of Darwin's science. Above all though, this is a masterful explanation of why at a certain particular moment in history, Darwin (and to a certain extent other scientists) were able to make the intellectual leaps that meant that evolution could become a live scientific idea. Ideas cannot be separated from the society in which they develop. The world around Darwin was changing. Slavery had been morally repugnant, and then was in danger of becoming scientifically supported. Darwin's work was a result of that world and a response to it.

As I read this book, I was reminded of biography of another, similar figure that I recently read. Karl Marx's life shares many similarities with Charles Darwin. This is not to say I am trying to claim Darwin as a Marxist - that would be laughable. But both men were engaged in a struggle to better understand the world they lived in. They were also in different ways, trying to change it. Both engaged in bitter polemics and struggles with friends and people on the other side of the world. Both were driven to despair at their work and frustration at other thinkers. Karl Marx dedicated the first volume of Das Kapital to Darwin, in part because of his great respect for The Origin of the Species. While there is no evidence that Darwin read Das Kapital, he would have understood the blood, sweet and tears that went into producing it, because it mirrored in many ways his own life's work.

Adrian Desmond and James Moore have produced a fascinating, readable and passionate look at Darwin's life and ideas. For its clarity in explaining both his thought and its origin, it should be read by everyone who wants to better understand the world we live in, and evolutionary science today.