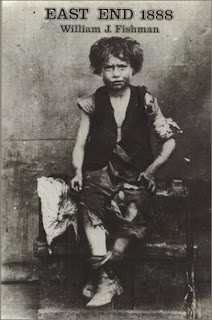 1888 was a monumental year for East London. It was the year "Jack the Ripper" brutalised prostitutes and brought the eyes of the world on an impoverished region. It was also the year of the "match girls strike" which ushered in New Unionism and changed forever the battle between employer and employees.

But William J Fishman's excellent work doesn't simply dwell on these famous events, rather he weaves those stories into a well researched and thoughtful account of what life was like in East London. In doing so, he illuminates both the world of Jack the Ripper and his victims and helps us understand why young girls would be employed in matchmaking and why they would strike in their hundreds.

Along the way we meet many famous people. Dr. Thomas Barnardo, William Morris, William Booth, Annie Besant and many others. Some of them deserve to be remembered, but not all. Dr. Barnardo shouldn't be considered a saint for helping children, but a man who would rather rip children from their roots and ship them off to work for a pittance in Canada, rather than attempt to solve the real causes of their poverty.

But the real heros have left precious few words for Fishman to quote. Rarely could the poor of East London read or write, and for his accounts we often have to rely on police and court reports, or statements of officals from the workhouse.

Life in 1888 for someone in East London was short and difficult. Housing was over expensive, crowded and unsuitable. Work was short, badly paid and the hours were long. For those who had no other option, the last choice was often the workhouse - were officials often treated you as the underdeserving poor, rather than the victim of circumstance.

Many people tried to challenge this poverty - some motivated by religious ideals, some by simple humanity, some for political reasons. There were those who campaigned against charity - both from the right and the left - and those who tried desperately to make a difference.

Fishman has to cover a lot of ground and in places you feel that you have only had a glimpse of what he could have said, the chapter on politics feels in my opinion very short. Though in Fishman's defence I should point out that his companion book, that I blogged about elsewhere, covers at least some aspects of this in far greater details.

But Fishman's work brings that year to life. Often what shines through is that the poorest of the poor in East London often had more morals and more solidarity than their "betters". The match girls who collect money to help one who has fallen on even harder times, the bystanders who help an escapee from the workhouse.

I'd recommend anyone interested in the real history of London, not that of Kings and Queens, to read this. After all, for all that has changed in East London, overcrowding, unemployment, poverty and the need for solidarity haven't entirely disappeared.

Chandler’s work appeals to me for many reasons – not least the resolute cynicism of his heroes, particularly Phillip Marlowe. People like Marlowe don’t have an easy time of it, they live in a world where the cops are all crooked, dames are either murderesses or seducers, and often both. Where rich men kill for money and the little people get trampled in the rush, where no one is any good, except possibly the hero, and he of course, is flawed.

His characters arrive and depart in a whiff of cigarette smoke (indeed I think Chandler spends more time describing the types of cigarettes his characters suck on, than the weather), and most take any opportunity they can to down a large tumbler of spirits.

But what makes Chandler’s work so utterly brilliant, is his writing. This is a long quote from “The Long Good-bye”, I’ve chosen it because it captures in a few paragraphs the essence of the world Chandler’s characters live in and the frantic desperation with which they live their lives.

“The bar was pretty empty. Three booths down a couple of sharpies were selling each other pieces of Twentieth Century Fox, using double arm gestures instead of money. They had a telephone on the table between them and every two or three minutes they would play the match game to see who called Zanuck with a hot idea. They were young, dark, eager, and full of vitality. They put as much muscular activity into a telephone conversation as I would put into carrying a far man up four flights of stairs.

There was a sad fellow over on a bar stool talking to the bartender, who was polishing a glass and listening with that plastic smile people wear when they are trying not to scream. The customer was middle-aged, handsomely dressed, and drunk. He wanted to talk and he couldn’t have stopped even if he hadn’t really wanted to talk. He was polite and friendly and when I heard him he didn’t seem to slur his words much, but you knew that he got up on the bottle and only let go of it when he fell asleep at night. He would be like that for the rest of his life and that was what his life was. You would never know how he got that way because even if he told you wit would not be the truth. At the very best a distorted memory of the truth as he knew it. There is a sad man like that in every quiet bar in the world.”

Anyone who has ever sat in a bar and watched the people in it will know someone like those Marlowe/Chandler is describing. Hell, you might even be one yourself, but I wonder as I re-read it, who the barman is, wearing “that plastic smile people wear when they are trying not to scream”. I don’t know anything about Chandler, but I get the impression that there is a little bit of himself in that barman - watching the world with a jaundiced, cynical eye as he tries not to scream.

"The Long Good-Bye" starts with a friendship, but betrayal follows murder, and is followed suicide. Chandler expertly weaves parallel storylines about and brings them together in a classic ending, which needless to say I won’t ruin for anyone. But ultimately “who dunnit” isn’t the point of novels like this. When you read them, you go along for the ride, not to puzzle it out. Just don’t try and sit at a bar drinking Gimlets as you do, or you’ll end up like a character in a book.
Posted by Resolute Reader at 9:48 pm 1 comment: 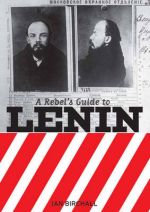