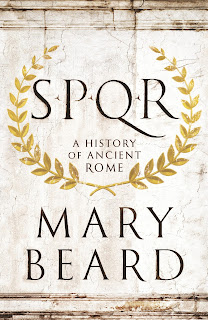 Mary Beard's latest book is a excellent study of the Ancient Roman world. It is one that has much to offer everyone who reads it, from those who simply like history to those with an extensive knowledge of the texts that Beard discusses and the period covered. From discussing Roman sexuality to poetry; from political processes in the Roman world, to the rise of the emperors, Beard's book is informative, accessible and laced with the author's characteristic humour. Those on the left of the political spectrum will appreciate Beard's approach that argues that


for the most part the great divide in the Roman world was between the haves and the have-notes; between the tiny minority of people with substantial surplus wealth and a lifestyle somewhere on the scale between the very comfortable and extravagantly luxurious, and the vast majority of even the non-slave population, who at best had a modest amount of spare cash (for more food, for an extra room, for cheap jewellery, for simple tombstones), and at worst were destitute, jobless and homeless.

Referring to recent political movements Beard draws analogies with contemporary politics, writing that she will focus on the lives of the "99%" in particular chapters. This is a refreshing approach. All to often you can read history about Rome and conclude that this was a period when everyone but the slaves was wealthy and living a life of leisure. In actual fact, as Beard argues, the vast majority of the Roman population had to sell their labour power to survive, and they did so until they died, or became unable to work. Despite the free grain handed out for Roman citizens, there was no welfare state or pensions system. The majority worked until the end.

Children frequently failed to make it even to the age of ten, with over half dying before that birthday, though once birth and childhood had been successfully navigated, a Roman might have an age-span comparable to our's today. Beard is excellent in drawing out what this meant, for Rome, and for the women of Rome:


Simply to maintain the existing population, each woman on average would have needed to bear five or six children. In practice, that rises to something closer to nine when other factors, such as sterility and widowhood, are taken into account. It was hardly a recipe for widespread women's liberation.

The Rome in these pages is not the shiny marbled opulent capital of a relatively benign imperial power that we often get from Hollywood or novels from the period. It's a dirty, smelly, world, dominated by state violence and political confrontation. A world of hunger and poverty for many, class struggle and political tension. The Roman leadership understood this well, as illustrated by one example. During the reign of the Emperor Nero, a suggestion that all slaves should wear a uniform was rejected on the basis it would make clear precisely how many slaves there were. A piece of information that would have given everyone pause for thought.

Beard argues that there is an inherent difficulty with writing Roman history:


there is no single narrative that links, in any useful or revealing way, the story of Roman Britain with the story of Roman Africa. There are numerous microstories and different histories of different regions...But it is also because, after the establishment of one-man rule at the end of the first century BCE, for more than two hundred years there is no significant history of change at Rome.

But if I had one issue that I found problematic with Mary Beard's book, it was her explanation of what the Roman Empire actually was. Undoubtedly there was stability in the Imperial period, but there must have been growing structural problems which meant that the Empire would eventually break down, or was ripe for collapse when a strong enough external force or forces arrived on the scene.

While Beard discuses in great detail what it meant to be Roman, for those who were in the Roman sphere of influence, what is lacking is clear explanation of the dynamics of Roman society. In fact, what was Roman society? What drove it forward? Was it the booty accrued from warfare? I find this an inadequate explanation. Was it the role of slavery? If so, then Beard's book doesn't really get to grips with this at all. Despite the excellent treatment of early Rome, there's nothing here that really clarifies the role of the slaves, or when Rome became a slave society. Was this a society that depended on the labour of the 99 percent? Or was it one that needed the slaves on the plantations and their mines? Was it both?

So while I enjoyed SPQR immensely and have absolutely no hesitation in recommending it to readers, there were important questions for me that weren't adequately answered. 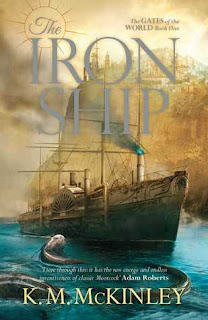 I almost didn't get past the first couple of paragraphs of this book after the use of the word "senescent" in the first line. Close to dismissing it as another over-written book of fantasy that needed a better editor, I decided to try a little more and ended up being sucked into what is actually a well thought our piece of fantasy, despite the occasionally over-descriptive prose.

This is a world of magic in the process of transformation. A new world of science, technology and capitalism is encroaching on the old ways. Money is driving forward new ideas that challenge the established order. Centred on a group of brothers and sisters, the novel is set in a world were historic highly-technological civilizations have vanished. Their ruins promising wealth and power to those who can understand the surviving artifacts. But it is also a world where dangerous magic lies just out of the barely controlled borders.

I was most struck by the sense of change taking place in the book. Here's a sample that captures the mood, that could have been written about characters in the French Revolution,


Guis's family was the newer sort of aristocracy, Gelbion Kressind buying the manse from a bankrupt baronet some thirty years back.... His argument, often and vehemently aired, was that there was nothing special about the old money families. They had come from nothing, so why should they sneer at those newer to high rank who had come from nothing in their turn?

In reality these new aristocrats were coming from industry and capitalism. The titular vessel is a project driven by one of the world's wealthiest individuals, but its a ship whose voyages will still take place within the magical realm dominated by the old order.

I was disappointed that the iron ship made little enough appearance in the novel, only being launched near the end. So I will have to wait for the follow up books, though hopefully they'll be edited with a touch more severity. But McKinley has created an interesting world, with well rounded characters (with some strong female roles as well as the obligatory male wizards and soldiers).
Posted by Resolute Reader at 3:22 pm No comments: 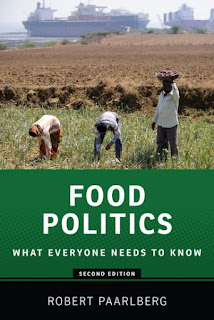