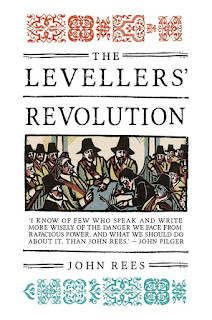 This review was first published in Socialist Review 418 November 2016.

The execution of Charles I in January 1649 terrified the kings and queens of Europe. Civil wars weren’t uncommon, but never before had one become quite so revolutionary. Particularly worrying was the central involvement of ordinary people in the process and their active participation at key moments.

Present on the scaffold when Charles lost his head were two men, John Harris and Richard Rumbold. Both were radicals who had spent years as part of a movement that eventually became known as the Levellers. John Rees’s new book tells the story of the central role of the Levellers. He argues that the Levellers, whose influence was extensive, particularly within Parliament’s New Model Army and in London, were the key political force that drove forward the English Revolution.

The Levellers were not a tiny sect. Those that identified with their “party” were numerous, partly as a result of the extensive networks that leading Levellers had built up over years. Particularly important was the role of the Levellers’ publications — hundreds of pamphlets, newssheets and prints of speeches were poured out — and around these the movement built networks that became a powerful collective force.

Many of the key figures in the Levellers started out as activists in separatist churches that gathered apart from the normal parishes. These sent out “emissaries, Captaines and Souldiers everywhere to preach in corners” to spread their radical message. Repression helped to cement personal and political bonds that would become crucial to future activism. Central to the Leveller strategy was the building of this mass movement. In January 1648 supposedly 30,000 copies of a Leveller’s petition were produced and collecting names was a mass activity.

Rees argues that the Levellers became a “unique current within the English Revolution by being able to maintain a mass public presence through petitioning, printing and street demonstrations”. This required organisation and leadership. Some of these figures are well known — John Lilburne, Richard Overton — but one of the strengths of John’s book is to rescue less well known men and women and put them at the heart of the English Revolution.

Eventually however the wider alliance between the Levellers and less radical forces in the revolution broke down.

The new Republic would not have happened without their influence. But they wanted much more in terms of democracy and the reorganisation of society. But this went too far for Cromwell and his class, so Leveller organisation was repressed and broken. While John argues convincingly about the importance of the Levellers’ organisation, there is a danger that the reader sees them as a direct analogy with modern revolutionary organisations. So it’s important to note that John sees them as being closer to a contemporary political movement rather than a party; a group of people with shared political aims. Nonetheless, their methods and activities are still applied by organisations today.

This is a detailed account of one aspect of the English Revolution. Its focus on the Levellers is at the expense of the wider narrative of the revolutionary years, which means the book will not be an easy introduction to the period. But it is a significant contribution to understanding how important radical ideas were to the creation of modern parliamentary rule.