Neil Gaiman - The Ocean at the End of the Lane 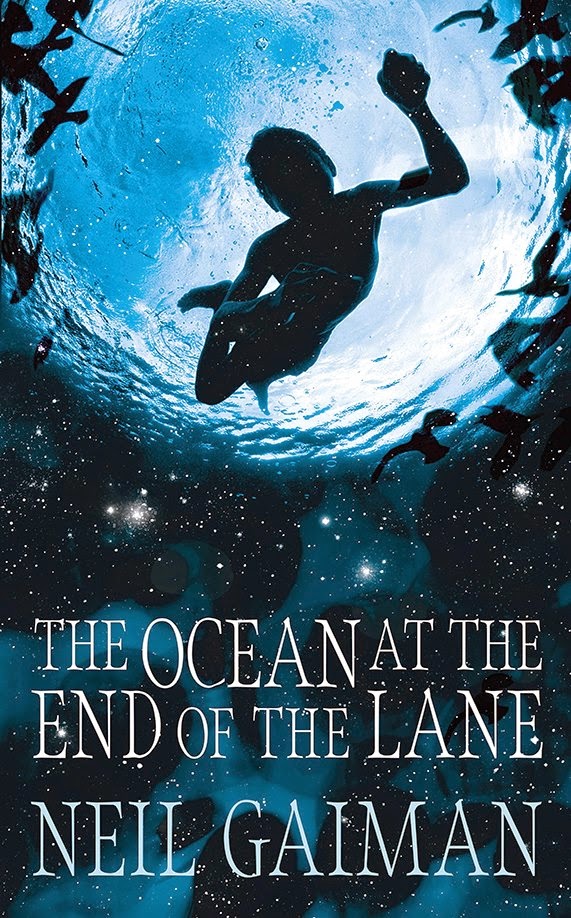 Its been a while since Neil Gaiman has written a novel for adults and while The Ocean at the End of the Lane is a great read, it lacks some of the power and impact of earlier novels. That said, Ocean, is a excellent piece of writing, which carries the reader along on a wave of words, rather than a deep and complex plot. Beginning with the adult narrator returning to his childhood home for a funeral, we follow him as he gradually becomes remembers forgotten parts of his life.

At the end of his childhood lane the narrator finds himself at the home of the three Hempstock women, who while child, mother and grandmother, are also old beyond time. Together they help defeat a malevolent presence that enters the narrators' world by accident and then infiltrates his family via the medium of an evil nanny. Gaiman does well to depict the world through the naive eyes of his seven year old story-teller, not least the nastiness of the nanny and the way that she turns his family against him.

As at least one reviewer has pointed out, Gaiman's best writing is in the interactions between his human characters, rather than the fantastical sequences, which feel somewhat whimsical. Indeed what made American Gods so powerful was that they fantasy was actually part, albeit a hidden part, of our own world. Here he has entered fairy-tale land and I'm not sure it works as well.