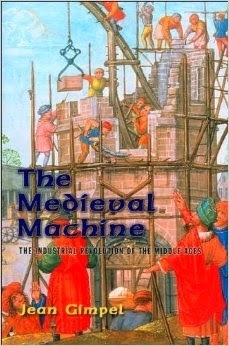 This is a superb book and a must for anyone trying to understand the dynamics of medieval history in Europe. Jean Gimpel rescues us from the idea that medieval society was simply agriculture and serfdom. Here is a Europe with industry and factories, mines and innovation. Of course, Gimpel points out, that this rested on the labour of the serfs in the fields:

"The Middle Ages produced a substantial surplus productivity, and this enabled the estate administration of Glastonbury... to invest capital in a new post-mill... Richard of Wallingford could not otherwise have invented his two astronomical instruments, the Rectangulus and the Albion, nor his famous clock, and Giovanni di Dondi could not have built his marvellous clock over a sixteen-year period."

But some of the medieval industry also produced surplus on a large scale, which is why the crown was keen to control mines and mills or give them to friendly lords and abbots.

Who controlled workplaces could also be a source of class conflict, in St Albans, for instance,

"The Abbot John (1235-60) had spent over £100 repairing all the mills on his land, and his successors were anxious to have their tenants breing their cloth and corn to the manorial mills. The tenants refused to obey... and continued to full at home, free of charge.... in 1274 Abbot Roger... had certain houses searched to confiscate the cloth. Te tenants resisted physically, then opened a fighting fund... The townsmen contested the case in the King's Court, but in vain. They had to abandon fulling by foot and bring their cloth to the abbey mills to be fulled by the machines."

Disputes like this helped to fuel discontent that made St Albans one of the centers of rural insurrection up to the Great Revolt of 1381.

But we shouldn't be misled into thinking that medieval industry was simply small scale, and localised. Take Toulouse in the second half of the 12th century which had "majestic" dams to control water levels on the river. Before these, there had been 60 floating mills, by the end of the century "city engineers therefore did away with the floating mills, built three dams barring the fast-flowing Garonne, and erected 43 water mills on its right bank." One of these dams was 400 meters long.

Other industry could be as large and capable of enormous feats. Gimbel takes us through the extraordinary scale of the mines that produced stone for the medieval cathedrals, often exported large distances - Caen stone being favoured for some Norman buildings in England, for instance. Or that England's iron industry was large enough to supply a bulk order of 50,000 horseshoes for Richard I's crusade.

Contrary to  popular belief the early medieval era was a period invention and innovation. Some of this was the work of remarkable thinkers and architects, who combined science and technology in a way that seems centuries ahead of their time. Others developments must have been the work of unknown artisans and peasants, such as the medieval innovations of harnesses that allowed horses to pull loads hundreds of times larger than in Roman times. Indeed, one interesting thing about Gimbels' book is that he acknowledges how much more dynamic the innovations of medieval Europe were over those of the more stagnant slave economies of the classical era. 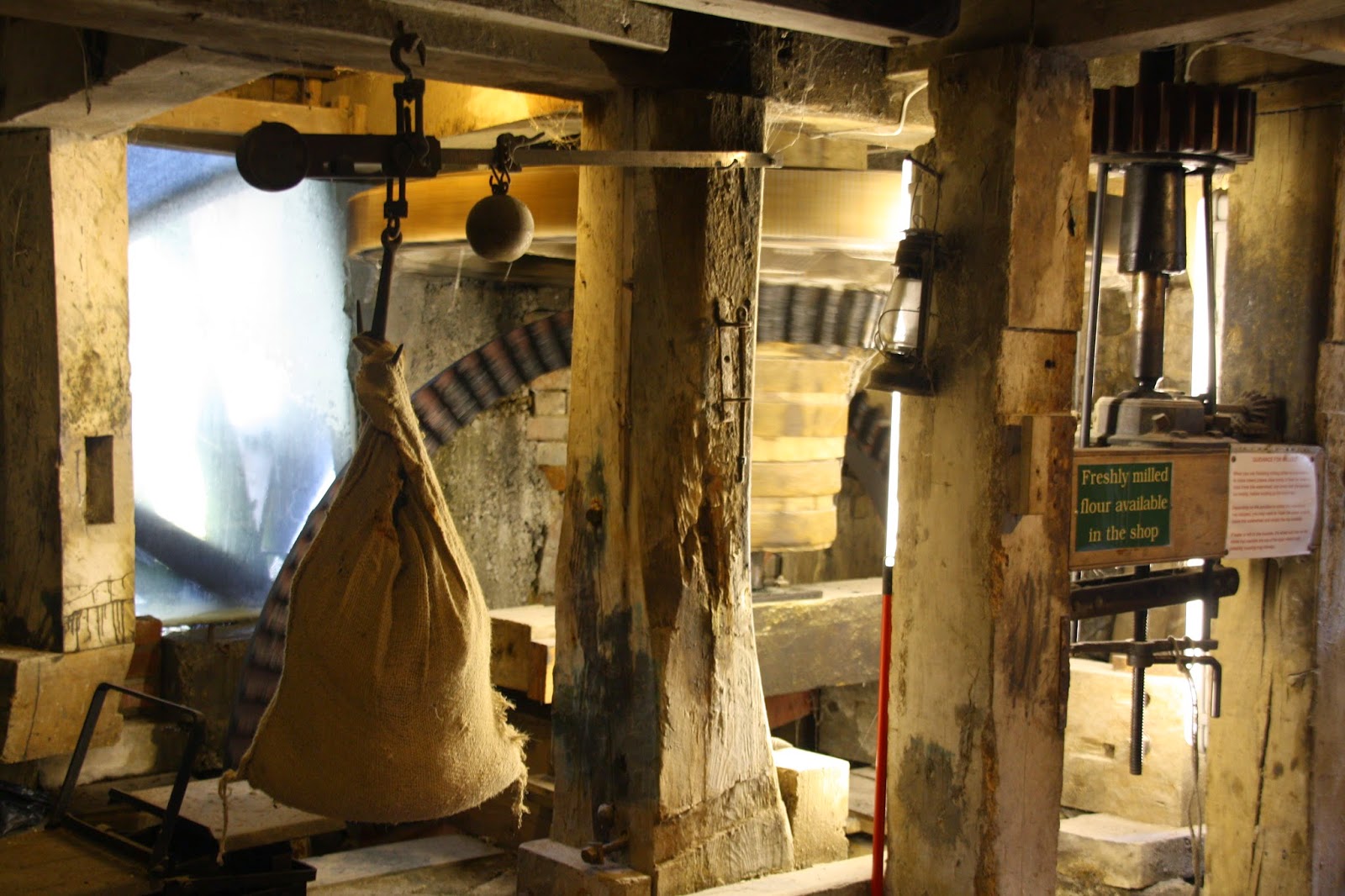 But medieval society did enter a period of decline and stagnation. Many of the clocks and other wondourous mechanisms could not be repaired years later as knowledge was lost. Gimbel argues that this was a result of the economic and political crises that struck Europe in the 14th century, the crash of population that followed the Black Death, the Hundred Years War and the famines of the time. These combined to produce political crisis and times when society looked inwards rather than forward. There is much truth in this, though a larger problem is the way the ruling class of the era responded to the crises, as exemplified by King Edward who rebuked the Abbot at St Albans for spending time and money building a clock and not repairing his church. As the medieval era got older, the ruling class was less keen to stimulate innovation for fear of undermining the status quo.

A second disagreement with Jean Gimbel is his epilogue which seeks to link the rise and fall of technological innovation in the medieval period with a similar rise and fall of western capitalist society. Here the analogy must surely fail, given the two economies are utterly different in their central dynamic and the crisis of the US economy is not due to malaise in society or a lack of "fascination with gadgets" but in a country that was squeezed by its economic and military competition in the Cold War.

These are however minor disagreements with a book whose central story is absolutely fascinating and a tribute to the brilliance of human achievement and innovation in a period often dismissed as a dark and stagnant time.

Bolton - Medieval English Economy
Posted by Resolute Reader at 10:36 am