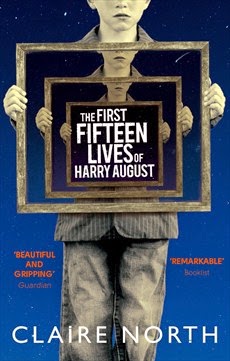 Time travel stories tend to be cliched and vapid. The Time Traveler's Wife turned a clever idea into a dull romance. But Claire North's novel is an entirely new spin on an old idea, brilliantly executed. Her titular hero, Harry August, like a tiny minority of other people, is reborn with his memory intact whenever he dies. Doomed to repeat the first few years of his life endlessly, the novel initially explores how one might live differently if you know the future. But then it takes a dark turn as Harry August and others like him, realise someone is using knowledge of the future to fundamentally change it and in the process destroy the others.

The novel works partly because it has such a wonderful basis. But also because of the detail that North has put in, particularly the way that those who relive their lives, learn to identify each other, and pass messages back and forth through time. The "Cronus Club" to which they belong becomes a refuge, but also a way of rescuing children who might appear to be 6 years old, but actually have hundreds of years of experience.

There are some brilliantly sinister parts to the novel. I was struck by section when a government agent tortures Harry August, because they are desperate to find out what the future holds, and in particular, "why they lose in Vietnam". Its a very clever and excellently thought out novel.

North - Touch
North - The End of the Day
Posted by Resolute Reader at 12:44 pm

I have ordered this book, despite your ignoble slur on The Time Traveller's Wife, which both introduced a new kind of time travel and then instead of going all techie, brilliantly explored how it could affect an ordinary human relationship. Of course I'm talking about the book -- the movie was crap.