Chris Stringer - The Origin of Our Species 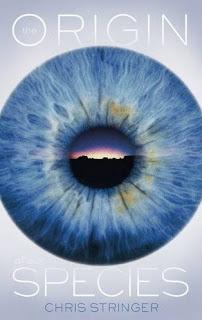 Trying to understand the development of the earliest humans is an extremely difficult task. What evidence there is, is limited to a  few fossilised bones from a handful of sites scattered across the world. Most of the other evidence comes from the DNA extracted from those bones, or a the stone tools that seem to have been produced in vast quantities by these early humans.

Chris Stringer's new book is probably one of the best introductions to the subject that I have read. His account is determindely materialistic. It is rooted in the evidence we have, and an understanding of the wider environmental conditions hundreds of thousands of years ago. It is also approachable, though I did find some of the sections on DNA needed re-reading at times, but they are rewarding if the reader perseveres. Rarely does a writer actually explain how the DNA is obtained and how it is studied.

Stringer has a long pedigree in terms of the academic study of ancient humans. He was one of the first scientists to argue for an Out of Africa hypothesis for modern humans. The idea that our species, Homo Sapiens, spread outwards from Africa, following earlier migrations by earlier species of humans. According to this theory, which it seems, is now fairly common currency the origin of Homo Sapiens was a fairly recent one and our immediate ancestors only left Africa around 100,000 years ago. Surprisingly it took some 65,000 more years before they reached Europe. Spreading initially eastwards, through the modern Middle East and into Asia.

Of course, with limited evidence controversry reigns. Stringer doesn't shy from giving both sides of a debate, though he never fails to give his point of view, backing it up with his own examples and evidence. Take the discussion about why the Neanderthals died out and were replaced by modern humans. Stringer cites the work of colleagues like Clive Finlayson, who argue that the Neanderthals were on a long decline and that their last homes, in Gibralter, were the last places they survived. The existence of their species ended by a changing climate to which they couldnt adapt.

Stringer's argument doesn't dismiss this, but builds on it. He argues that in some places modern humans may have pushed the Neanderthals out, in others the Neanderthals may have died out unable to adapt to a changing world. Modern humans may or may not have been present, but it seems unlikely that Neanderthals and Homo Sapiens were always in competition, particularly given evidence that they may have exchanged ideas and interbred. This seems to me a more realistic answer. Trying to reduce the end of a intelligent species like our human ancestors, simply to climatic changes doesn't feel right. A more complex interaction with a changing world, with different groups struggling to adapt and one being better than the other seems much more logical.

Stringer also touches on other debates and discussions. How did language develop? Where did geographical differences in human bodies come from and when? How did changes in our bodies relate to changes in our behaviour and brains and vice versa? Many of these questions have surprisinly detailed answers given the lack of archaeological data. Chris Stringer has produced an excellent introduction to the subject. It is an excellent starting point for the debates and discussions around early human evolution.

Finlayson - The Humans Who Went Extinct: Why Neanderthals died out and we survived
Posted by Resolute Reader at 11:45 pm

This sounds like a good book for me to check out. Does Stringer explain what is known on the relationship between/to-from Cro-Magnon and Homo sapiens sapiens (modern humans)in a solid way? I gather from your review that perhaps he's treating them as one in the same (modern humans?) or am I mistaken. This is an area where I need some further information.