David Harvey - Seventeen Contradictions and the End of Capitalism 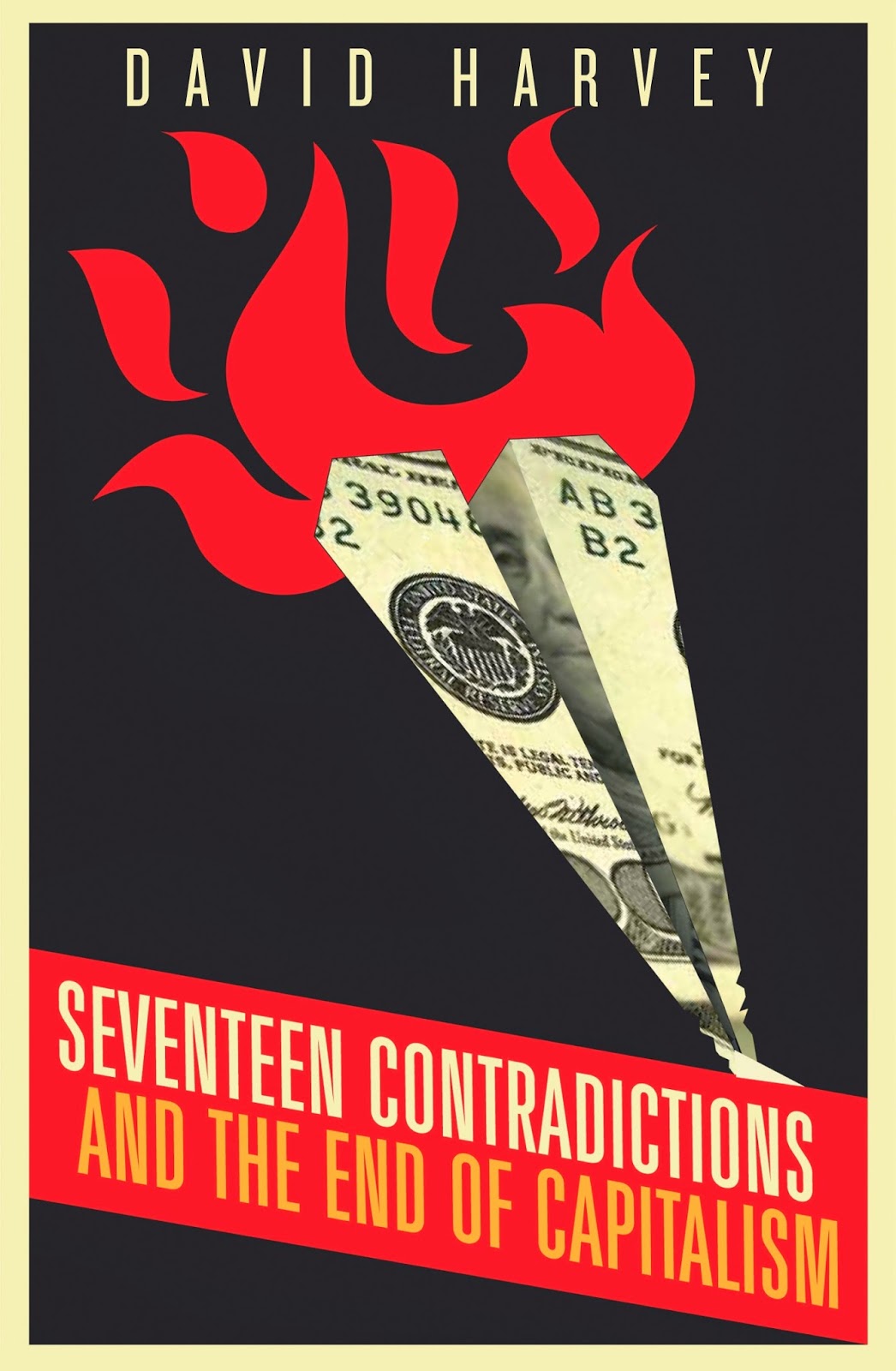 David Harvey is one of the foremost Marxist thinkers in the world today. His guides to Marx's Capital have been read and watched by tens of thousands. His books on Cities and the Production of Space have been influential in activist movements such as Occupy. So his latest book on the problems of Capitalism should be considered seriously by revolutionaries everywhere. This is not least because, as Harvey himself points out in the introduction, there has been a "paucity of new thinking" when it comes to solutions to capitalism's latest crisis.

Seventeen Contradictions is both an introduction to how capitalism works and an attempt to understand its latest crisis. Using Marx's dialectical method, Harvey tries to explain the crisis of capitalism by looking at the inherent contradictions of the system. As Harvey points out, Marx himself wrote that world crises are "the real concentration and forcible adjustment of all the contradictions of bourgeois economy".

Harvey isn't a dispassionate observer. His writing is filled with anger at the consequences of capitalism. While discussing the recent property market crash in the US, he explains the way a property bubble forms as individuals and companies attempt to maximise their return on investment, but points out that the consequence is that four million Americans lost their homes through foreclosure. Explaining the contradiction of housing booms he points out that the use-value of a home (the fact that a family can live and shelter in it) is less important in the capitalist economy, than its "exchange value".

"Housing provision under capitalism has moved.. from a situation in which the pursuit of use-values dominated to one where exchange values moved to the fore. In a weird reversal, the use value of housing increasingly became, first, a means of saving, and second, an instrument of speculation for consumers as well as producers, financiers... who stood to gain from boom conditions in housing markets. The provision of adequate housing use values (in the conventional consumption sense) for the mass of the population has increasingly been held hostage to these ever deepening exchange value considerations. The consequences for the provision of adequate and affordable housing for an increasing segment of the population has been disastrous."

There are many other examples of commodities under capitalism (food? water? transport?) of which similar paragraphs could be written.

However in this review I want to concentrate on a number of problems that I have with Seventeen Contradictions. I must emphasise, given the particular ability of the left to focus on perceived divisions, that this is very much in the desire to develop both Marxism and the revolutionary movement, rather than to dismiss David Harvey's important work.

Harvey explains, quite rightly, that the key source of wealth under capitalism, is the extraction of surplus value from workers. But this isn't the only source. As Harvey writes

"Bankers do not care in principle... whether their profits and excessive bonuses come from lending money to landlords who extract exorbitant rents from oppressed tenants, from merchants who price-gouge their customers, from credit card and telephone companies that bilk their users, from mortgage companies that illegally foreclose on homeowners or from manufacturers who savagely exploit their workers."

But Harvey then continues,

"While theorists on the political left, inspired by their understanding of Marx's political economy, have typically privileged the last of these forms of appropriation as in some sense more foundational than all the others, the historical evolution of capital has exhibited immense flexibility in its capacity to appropriate the common wealth in all these other myriad ways."

This means, for Harvey, that while workers may have "won significant concessions on wages through struggles fought out in labour markets and at the point of production",

"what labour wins in the domain of production is stolen back by the landlords, the merchants... the bankers... the lawyers and the commission agents."

These groups, as well as the tax man, and the privatised fields of medical care, education, water and other public services, "form a collective site where the politics of accumulation by dispossession takes over as a primary means for the extraction of income and wealth from vulnerable populations, including the working classes."

He concludes that organising against this is

"just as important to the class struggle as is the fight against exploitation in the labour market and in the workplace. But the left, obsessed with the figure of the factory worker as the bearer of class consciousness and as the avatar of socialist ambition, fails largely to incorporate this other world of class practices into its thinking and its political strategies."

Some on the left certainly do have a romantic view of the working class - looking back to the golden age of the NUM in Britain for instance. But even though I read that paragraph as I was riding in a bus with around 50 other activists to an anti-austerity protest organised by the People's Assembly I think Harvey is throwing the baby out with the bathwater.

The left is right to see workers struggle as the central aspect to the revolutionary transformation of society. This isn't because of a romantic view of workers. But it is because workers have, at the point of production, a unique position within society to stop capitalism. By stopping their labour, they can turn off the profit tap, for their bosses, and ultimately the other parasites in society, be they bankers or mortgage companies. That's why the markets react badly to mass strikes. Does this mean downplaying or ignoring other struggles? Of course not. But it feels like Harvey is trying to theoretically justify an over emphasis on movements outside the workplace at the expense of working in (the sometimes harder terrain) of the working class movement. Harvey argues that he isn't doing this, rather saying that  and "over emphasis" on the role of workers has damaged a "full blooded revolutionary search for an alternative to capital".

But I think that this misunderstands the greatest contradiction of them all. As capital has developed it has created in the 21st century a truly global working class. A class that is now more numerous and more central to a global production process than at any other point in history.

Workers action will be central to the creation of an alternative to capitalism - those revolutionary organisations of workers that have historically been the basis for new workers states, workers councils, or soviets, are important precisely because they base their power on the workers at the centre of production. Masses gathered in squares, who have created their own space within capitalism, can energise millions more, but they lack the power to stop capitalism and challenge the power of the state. After all, Mubarak fell not because of Tahrir Square, but when Egyptian workers went on strike. But those workers struck because they had confidence from the mass occupations of Cairo's open spaces. 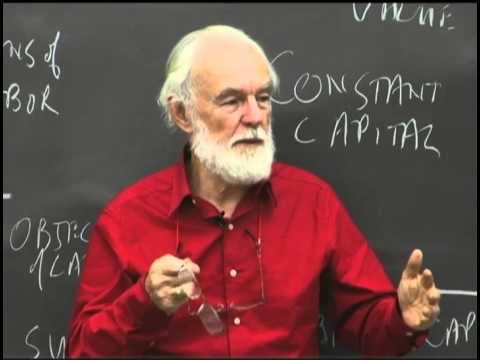 Harvey's downplaying of the role of the working class as the central agents in the transformation of society and their alienated self felt like a key flaw in this book. Much of the rest of the work is interesting. I found the chapter on "freedom" under capitalism very interesting, though I thought the chapter on the contradictions of capital's "Endless Compound Growth" much weaker. One of the problems of capitalist accumulation is its constant need to expand - Harvey rightly locates this as one of the primary sources of environmental crisis under capitalism. However his assertion that capital "necessarily grows at a compound rate" isn't justified or proved. It doesn't seem to have a basis other than Harvey's repeated assertion, and it is clear that for large periods of time capital hasn't expanded like this.

In many ways this is an optimistic book. Harvey celebrates those organising to change the system, and encourages readers to take on a revolutionary challenge to capitalism. In particular he notes that those campaigning over environmental issues must be anti-capitalist. His argument that capital creates its own eco-system is a useful one, particularly the idea that this eco-system itself is evolving and developing. Harvey thus understands that we still must fight for that alternative world, but he writes that

"The paradox is that automation and artificial intelligence now provide us with abundant means to achieve the Marxist dream of freedom beyond the realm of necessity at the same time as the laws of capital's political economy put this freedom further and further out of reach."

But paradoxically for capitalism, as Harvey points out, the system is creating more and more faultlines. While the system breeds misery and poverty it also creates its own "gravedigger" - the working class. The contradictions of a system built on the drive for profit will force those workers to fight back. The ideas in this book can help inform those future struggles, but they must be engaged with critically.