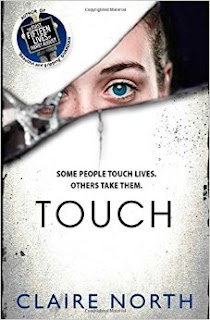 Here, our hero is also afflicted with an unusual problem. Instead of being doomed to repeat his life upon his death like Harry August, the individual known as Kepler can transfer his or her personality, complete with memories, between bodies at will, dependent on being able to touch skin.

At the beginning of the novel Kepler is running hard. A body he'd recently been wearing has been shot dead and Kepler only just made the transfer to the killer. We find out that Kepler's kind (for there are many) have been persecuted for centuries, considered demons or, in more enlightened times, beings that despoil or ruin those that they inhabit.

This theme of pursuit by an unknown force, with unknown motivation is a theme that readers will find familiar from Harry August. I think it works well here, but the novel is not quite as sharp and at times felt unfocused. Perhaps that was the difficultly of keeping track of precisely who was in who. Its a good read, and Claire North shows once again a flair for finding a new and unusual premise.

North - The First Fifteen Lives of Harry August
North - The End of the Day
Posted by Resolute Reader at 4:39 pm