Jean Jaurès - A Socialist History of the French Revolution 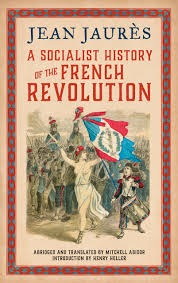 The French Revolution was a profoundly important historical event. But just saying this can underestimate its impact. The Revolution didn't simply change the course of French, or even European history, it helped to shape the way generations of people viewed historical change. A glance at the writings of Marx, Engels, Lenin and Trotsky will see repeated references to the Revolution and its key figures. Debates about the processes of historical change, particularly the transition from feudal society to capitalism, continue to discuss the French events, and radicals today continue to be inspired by the nameless thousands who stormed the Bastille, and at crucial moments forced reluctant politicians to embrace change.

In this context then, this important new abridgment of Jean Jaurès' classic history of the French Revolution is very welcome indeed. Jean Jaurès was a leading French socialist of the early 20th century. Assassinated for opposing the First World War, he had an enormous impact upon the French socialist movement. But he also helped to shape the study of the French Revolution with his monumental Socialist History. Spanning multiple volumes it is a work of brilliant scholarship that seeks to apply the Marxist method to the revolutionary events and its leading figures. It is also immensely readable.

Translator Mitchell Abidor has done a brilliant job in bringing Jaurès work to an English audience. His translation is superb but his selection from Jaurès is also excellent, managing to convey the full breadth of his history, without losing the author's eye for detail.

As a 20th century socialist, Jaurès was concerned with the role of ordinary people in the Revolution. But he understands that there was a contradiction. The urban population may have stormed the Bastille, but


The Revolution's origins were so profoundly bourgeois that a few weeks after July 14, when the National Assembly, freed by the people from the court's attacks, set up the electoral regime and excluded millions of the working poor from the vote... not even the most democratic of them remembered that at the Bastille the workers of Paris had conquered the title of active citizens for the poor of France.

The role of the "people"


seemed a glorious and fearsome accident that could not be allowed to become the rule in the regular workings of a free and ordered society.

But even so, Jaurès notes that,


thanks to these valiant men there is nothing under the sun today that belongs wholly to the bourgeoisie, not even its Revolution.

Time and again, the masses, take the stage to direct and shape the direction of the Revolution. The peasants, fearful of "brigands"  and knowing


That the proletarians were neither bold enough, conscious enough, nor organized enough to substitute their revolution for the Revolution, they marched lightheartedly against the chateaux and turned against the ancien régime the weapns they'd seized... We can see that there was a kind of conservative movement of contraction, or tightening, which was followed by a revolutionary expansion. Under the fear of the unknown and before the uprising of the have-nots, the communities of the villages withdrew into themselves, elected men of whom they were sure, established a militia, and, having thus guaranteed the order of property within the Revolution, attacked the feudal system.

This contradiction runs through Jaurès' history. The dynamic between the limitations of the new order and the desire for change of the masses at the bottom of society. But it is in Paris and the other key urban areas that we really see the revolution pushed forward. The most radical deputies are elected from these towns, and they are the ones most clued into the desires of the masses and most keen to press forward under pressure from below. As events progress, the masses become less and less passive, and their leaders, are pushed forward, or aside.

Jaurès is not afraid to critique some the heroes of the Revolution. He is skeptical of Marat, saying his "theories caused bewilderment and even scandal among the people", and noting Marat's hope that the rich might "save themselves" by "act[ing] in good faith by giving a poor a portion of their excess". But here I think Jaurès is ahead of himself. Hindsight is wonderful, and I think that the author is limited by his belief that a proletarian movement already existed within the French masses, akin to the modern working class. 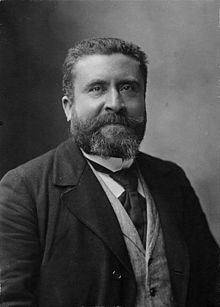 As Henry Heller points out in his introductory essay, Jaurès' "moved toward socialism without breaking from the radical republican and parliamentary tradition". So his history ends up suggesting that the struggle for socialism under capitalism is the continuation of the French Revolution. As Jaurès writes


Perhaps it wasn't possible for one generation alone to bring down the ancien régime, create new laws and rights, raise an enlightened and proud people from the depths of ignorance, poverty, and misery, fight against an international league of tyrants and slaves, and to put all passions and forces to use in this combat while at the same time ensuring the evolution of the fevered, exhausted country towards normal order and well-ordered freedom.

But precisely because the French Revolution was a bourgeois revolution that brought in capitalism, this would be impossible, unless you believed French capitalism could provide well-ordered freedom. Jaurès writes "Strong class action by the proletariat is needed in order to wrest the Revolution and democracy from all that is now outdated and retrograde in the bourgeois world view".

My second criticism is that this selection neglects the impact of the Revolution outside of Europe, in particular its role in helping to inspire revolutions in Haiti against colonialism and slavery. This is a serious ommission in my opinion, given the importance of that event in helping to end slavery itself.

One problem with the nature of any abridgment is that it must miss out stuff, both contextual and factual. So the reader new to the French Revolution may at times struggle in understanding who certain individuals were, and their motivations. While Mitchell Abidor does a heroic job in framing each selection, there are inevitable gaps which mean that some readers might want to read further on the Revolution.

While these limitations are important, they do not entirely detract from this important book. Henry Heller's useful introduction frames the book for the reader who can enjoy Jaurès writing for what it is, a celebration of the need to change the world, and the role of ordinary people in doing so.
Posted by Resolute Reader at 7:15 am