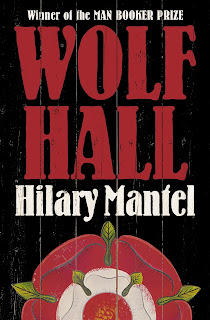 Those who follow my reviews regularly might find Wolf Hall an odd choice of novel. After all, what interest could a revolutionary socialist have in a sprawling story about the machinations of the Tudor ruling class?

Apart from Hilary Mantel's wonderful writing, the answer is best summed up by Karl Marx's description of the ruling classes as a "band of warring brothers". In her tale of the rise of Thomas Cromwell, against the backdrop of Henry VIII's infatuation with Anne Boleyn, what Mantel does brilliantly is show the way that those at the top of Tudor society are in a constant fight for power and wealth at the same time as they try to present a united front to the rest of society. The jockeying for position, the way courtiers fall in and out of favour, the fear that they might upset the king, or someone close to him is the meat and drink of this novel. Those who are able to play the game can achieve power and wealth far beyond the dreams of most. Ruling class women, whether Queens or Ladies in Waiting are prized for their ability to produce heirs. Wolf Hall is not some romantic novel, it feels brutally real. There is little marriage for love here, only for alliances and male children.

Mantel's Thomas Cromwell is done brilliantly. He's less the terrifying bully many of us know from the history books, more a thoughtful, intelligent schemer whose photographic memory and intellect is utilised to control and direct from afar. At times he appears to be more an observer on great events. But if his rise to power on the coat tails of Cardinal Worsley, followed by a quick jump of ship might reminds one of a less than average liberal democrat MP it is carefully timed, designed to maximise personal gain.

Mantel's Cromwell is haunted by his own demons - his violent father and his lowly upbringing, as well as the deaths of his beloved wife and children. These are some of the best passages, the ones that make the reader love Cromwell, and side with him even as he rises to the top of the Tudor dunghill.

The Tudor England in Wolf Hall is a grim and dirty place. Descriptions aren't detailed; this is a novel of dialogue and impressions. But Mantel doesn't neglect those at the bottom of society. The majority of the inhabitants of Medieval England aren't a backdrop to the story of the rich, they are a constant presence. A mob that the rulers fear and worry about, who might rebel, or side with the Queen against the King, or stone a bishop.

This 700 page novel never feels overwritten or difficult despite the massive cast of characters and complex plot. Mantel's use of language and humour is beautiful, though her characters seldom are. Her writing deserved the awards and I have no hesitation in recommending it, as well as looking forward to part two.

Mantel - Bring Up the Bodies
Mantel - A Place of Greater Safety
Posted by Resolute Reader at 10:01 pm

thanks for your great review. yes you definitely need to read vol #2 now. Mantel's genius is also how she shows Cromwell's evolution from vol 1 to 2. and I'm looking forward and dreading what vol 3 will be!