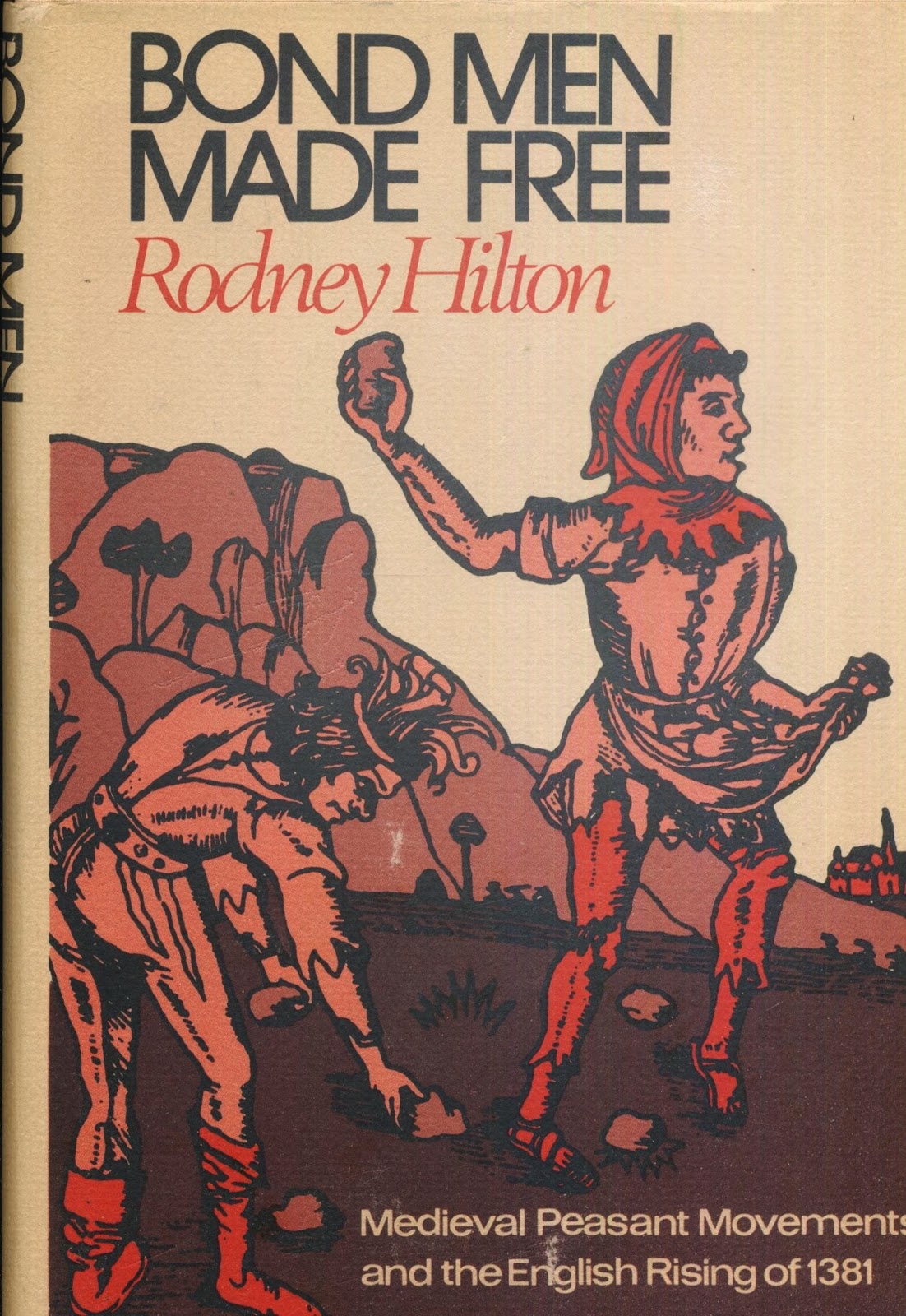 In his introduction to this classic historical work, Rodney Hilton makes the point that a precondition of the existence of peasantry "as a class of small-scale agricultural producers has always been the existence of other classes... who live off the surplus produce of peasant labour." Inevitably then, class struggle, and peasant revolts have been a key part of the history of the peasantry. Looking at Medieval Europe, a were there was a "basic similarity of social structure in the rural communities, Hilton sees some broad patterns of revolt, much of which is determined by the particular nature of the exploitation of serfs. As Hilton points out:

In other words, peasants struggled to maximise their share of the product of their own labour, and to try and avoid obligations to the lords beyond the absolutely necessity. However what is striking about the wider peasant movements discussed here, both in England and Europe, is the way that often peasants raised wider demands which challenged the nature of the feudal system.

To see this most clearly, Hilton examines in detail the events of the Peasants' Revolt in England in 1381. The roots of this revolt, as discussed elsewhere, are complex. One key factor was the growing tendency for those in rural communities to demand increased wages, as a result of labour shortages following the decimation of the Black Death. This was recognised by the authorities who attempted, through various legislation, to limit wage rises and punish those calling for more. Hilton concludes that "it was serfdom and those things which flowed from the rights of lords over tenants which bulked largest in [peasant] grievances."

When the 1381 rising exploded, whole areas were quickly taken over by ordinary peasants. Hilton argues that the revolt wasn't simply that of peasants, but was a "cross section" of rural society, involving relative numbers of all parts of society. The peasants, well off and poor, were united as a class, and there is a remarkable similarity in what took place in numerous different villages and towns across England. Records that listed peasant obligations and taxes were usually the first targets, as were often those local landowners, abbots and other members of the governing classes who were particularly seen as enemies of the people. The rising was violent, but that reflects the violent nature of serfdom. The revolt though, seen through the demands of the peasants themselves in negotiation with the King was very much a revolt against serfdom as a system. The peasants demanded better access to the Commons, improved rights to hunt and use open land, but much more too.

Hilton contrasts the demands of Wat Tyler and the Peasants Revolt with those of Piers Plowman in Langland's famous work. According to Hilton, Pier's wants to maintain the status quo, but with better commitments from the ruling classes:

"I'll sweat and toil for us both as long as I live, and gladly do any job you want. But you must promise in return to guard over holy church and protect me from the thieves and wasters who ruin the world."

John Ball, the priest of the rebellion, however demanded far more revolution than these reformist demands.

"matters goeth not well to pass in England nor shall do till everything be common and that there be no villeins nor gentlemen but that we may be all united together and that the lords be no greater masters than we be."

One contemporary report says that Ball goes on to demand a transformed world. To obtain equality and justice required

"killing the great lords of the realm, then slaying the lawyers, justices and jurors... so at last they would obtain peace and security, if, when the great ones had been removed, they maintained among themselves equality of liberty and nobility as well as of dignity and power."

That's not to say the rebels didn't want immediate gains too, as well as a "world turned upside down". But the demand for freedom from serfdom "was the one most persistently presented when the rebels were directly negotiating with the king and his advisers."

That said, Hilton concludes that the peasantry was not a force in medieval Europe that could destroy the landed aristocracy. The force developing that could (and would), was the bourgeoisie. Hilton continues that "the leading social force in medieval peasant movements, even the most radical, seems to have been those elements most in contact with the market, those who in suitable circumstances would become capitalist farmers."

It is no surprise that Hilton's book seems to be one of the most referenced and quoted books in other works on the Peasant's Revolt of 1381. It is an excellent resource, carefully argued and backed by scrupulous research and evidence. It is a must for anyone trying to understand the transition from feudalism to capitalism and the social clashes that took place in the medieval era.