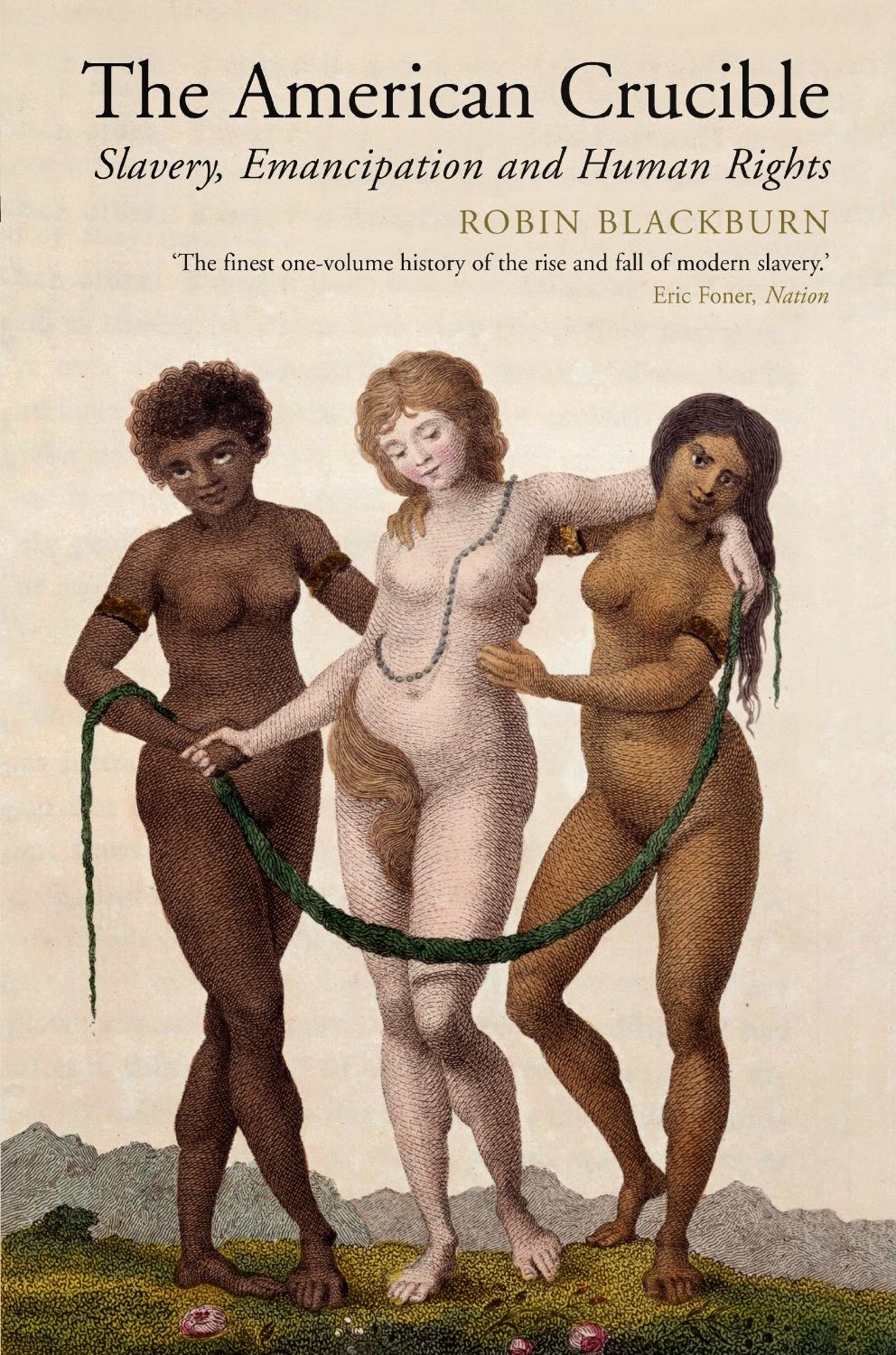 Robin Blackburn's book The American Crucible is a brilliantly accessible account of the rise and fall of New World slavery. It is engaging, polemical and Blackburn is not afraid of taking on those historians he disagrees with, and who disagree with him. In doing so, the reader will learn much about contemporary debates about the historic role of slavery. Most importantly though, what becomes clear is how slavery was ended.

Blackburn begins by looking at the development of the slave economy. Slavery began with European indentured servants and attempts to enslave the indigenous people of the Americas. But in Barbados for instance, as early as 1650, African slaves outnumbered white-indentured servants. There were differences but also continuity between the slave two systems, separated by what Blackburn calls the plantation revolution. Once established slave plantations rapidly became enormously profitable. As Blackburn notes:

"The British and French slave plantations thrived. The planters of Barbados, Jamaica and Virginia, or of Martinique, Guadeloupe and Saint-Doimingue, began to produce tens of thousands of tons of sugar and millions of pounds of tobacco, responding to the new mass markets for exotic produce in north-west Europe. By 1670 the small island of Barbados was producing as much sugar as Brazil."

From the beginning, slavery was marked by vicious cruelty. Slaves on plantations died from the enormous workloads, but the planters chose to simply replace the slaves, rather than reduce the work. Violence, beatings, executions and rape were common place.

As noted above, slavery began to be enormously profitable in the Americas as the commodities it produced were suddenly in great demand in Europe. This means that a "distinctively capitalist combination of commodity production and free wage-labour in parts of north-western Europe had set the scene for something very different on the other side of the Atlantic."

Associated with the rise of slavery was a new racial order. Blackburn documents the way that racial categories were created to justify the system, as well as enabling the divide and rule that kept it going. In the English colonies, Blackburn describes these racial relations emerging in a "relatively unplanned way". But;

"When planters and their fellow white colonists adopted the rule that the children of slave mothers would themselves be slaves, they were following Iberian practice and Roman Law... The English colonial practice of the 'one drop rule' - anyone with any African ancestry was 'black' - was distinctive. The various colonial assemblies quickly adopted repressive and racialized slave legislation... Charles Mills has written of a 'racial contract' shaping the colonial social order. This was, of course, a contract within the white population. While the leading men had the main say in such regulation, the poorer whites were given a stake in a racial order which reserved the hardest toil for 'blacks'."

While capitalism and the consequent consumer appetities helped create and drive the plantation economy, the slave economy wasn't itself purely capitalist. Blackburn suggests that "Planters were not fully capitalist agents, since they only employed a small number of paid workers. Nevertheless they contributed to an expanded regime of capitalist accumulation."

While the trade was dynamic between (say) Britain and the New World, it also helped lock the slave economy in place, despite its economic limitations. Blackburn concludes that "the colonial authorities created conditions favorable to a supply of slaves, rather than to one with free labourers. This counterfactual was doomed by the lack of imagination and class blinkers of 17th century elites, not... the eternal impossibility of organising sugar cultivation without slave labour." 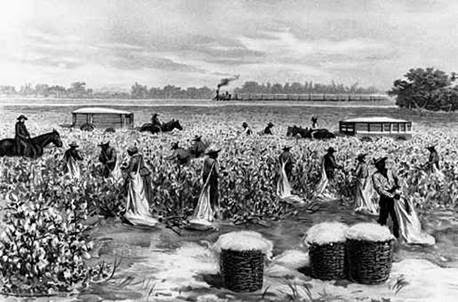 How did slavery end? Blackburn defends those who argue that the role of slave rebellions was key. In particularly he argues the successful slave revolt in Haiti was instrumental in this process. In part this was because of the slaves' bravery and resolution. More important was the way that revolts like that in Haiti inspired and inflamed anti-slavery movements in Europe and North America. In 1793-4 the "sans-culottes were cheering slave emancipation in Paris, and, at a Sheffield meeting called to support a wider-franchise and the 'total and unqualified abolition of Negro slavery', thousands of metal workers endorsed freedom for the slaves in order to 'avenge peacefully ages of wrongs done to our Negro Brethren.'"

But the Haitian revolution also inspired African Americans to "reach" for freedom, and helped ensure that the new South American republics that achieved independence from Europe, were not based on slavery.

The final ending of New World slavery didn't simply come from slave rebellion, nor did it come because of well meaning abolitionists in Britain and North America. Both of these were important. Blackburn also argues that there was no purely economic reason to abolish slavery, which despite its limitations was still enormously profitable. There were growing outputs per slave as more "scientific" approaches to time management were used on the plantations though slavery was not as productive as other branches of the economy. Blackburn argues instead that "slavery turned out to be vulnerable in an environment dominated by the aspirations, anxities and strife of an advancing capitalism."

Capitalism required a particular idelogy of free-labour and early struggles for rights and democracy didn't sit well with the existence of the slave system. The mass rebellions and abolition movements fueled this as well. Blackburn continues:

"The class struggle of the early industrial epoch focused on the ability of the owners of an enterprise to dictate terms to their workers, as well as on the instability of the accumulation process. This standpoint could put in question the wide-spread idea - always a key prop of the slave system - that private property was sacred. Wage workers knew they were better off than chattel slaves, but they began to challenge the powers and privileges of capitalist employers, and yearned for the independence of owning a small farm or workshop.... In the wake of economic development there were artisans and craftsmen, wage workers and specialists, professionals and technicians who were moved to assert their status as independent citizens. They upheld the rights of labour and of humanity and saw the slave-holder as inimical to them."

This is not to downplay the struggles of the slaves or the work of the abolition movements, both of which Blackburn celebrates. But it is also to put the movements in the context of a changing world order, in which slavery no longer fitted with the ideological framework that was being used to keep workers in chains. This approach helps to illuminate both the way slavery developed and how it ended, whether through the laws passed by the British government, or the American Civil War together with revolution and other radical movements.

This review can only give a partial insight into Robin Blackburn's monumental work. It is a book that will set the standard for writing on the subject of slavery for years to come, and its deserves to be read widely. The author's style, clarity and choice of subject matter make this an excellent and accessible book for the non-specialist and it should be on the shelf of everyone who wants to understand slavery and the historic origins of racism and to be inspired by the fight against them.