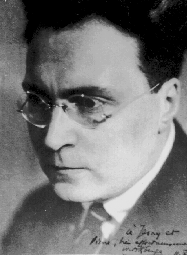 The title Conquered City is a multi-layered one. It refers, in the most, to the great city of St. Petersberg, conquered in the first successful working class revolution, and renamed Petrograd. However it must also refer to the near defeat of those workers in the civil war that followed the revolution. The attempt to isolate and strangle the fledgling workers democracy by the invading armies of the capitalist power.

Serge's novel deals with the lives of the workers of Petrograd. Both conquerors and conquered. Many of the best had died, or were dying in defense of the revolution. Those who remain in the city starve, working in factories almost devoid of materials or resources, or queue for hours at shops rapidly running out of the necessities of life.

Those who hate the revolution deal with their hunger by dreaming of the restoration of the old way of life. Impossible though this is, as there can be no return to the city of the Tsars. Revolutionaries and workers repeat the slogans of the revolution, but as the city's life is squeezed from it, as time and again supply trains fail to arrive, for many the slogans are now hollow, for many others they offer an inspirational hope in the midst of hunger and fear.

For me, the plot of the novel matters little. What's important is the description of the people and the city. This is what the civil war was like - this is what the capitalists were prepared to do to those that challenged their way of living. Victor Serge arrived in Petrograd to this reality. The descriptions have a ring of truth about them, because they must be his experiences. Indeed in one section, the author himself enters the novel, describing his own experiences amongst those of the characters.

At the end, the city and it's people are triumphant. The invaders are defeated, their terror having been beaten by both the enthusiasm for the revolution in the Red Army and the terror of the "reds" prepared to use revolutionary justice to force through victory. This is of course only one of the compromises that the revolution had to make to survive. But as the characters in the book learn of the defeat of the European revolutions, the isolation of Russia becomes cemented and the path to bureaucratic state capitalism opens up.

Coming from the libertarian background that he had, this novel is Serge wrestling with the realities of revolutionary struggle. But he also wrote it as a dedication to those who continue to fight for justice. Indeed he wrote it while in prison under the watchful eye of Stalin's jailers. He could barely use the name Trotsky, and the small parts of the book that refer to Trotsky's heroic leadership, do so obliquely, without naming him.

Serge was never broken by the counter-revolution of Stalin, but he was lucky. In the afterword, the translator, Richard Greeman, quotes from Serge's diary, on the occasion of meeting Trotsky's widow many years later.

"There is nobody left who knows what the Russian Revolution was really like, what the Bolsheviks were really like"

But Serge wasn't alone, though there were few like him. His novels, books and writings helped keep alive the real tradition of the revolution, warts and all, and for that reason he deserves a much wider readership.
Posted by Resolute Reader at 8:58 pm

Great review; had been wondering whether to read this book, after I was deply impressed by `Birth of Our Power.` Now I certainly will read it.